Owner of collapsed building in Ruaka arrested at JKIA

Police said the woman was headed for the US when she was intercepted. 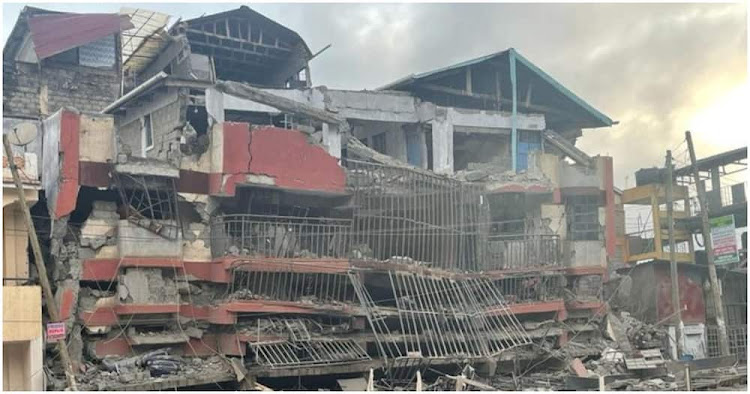 A woman believed to be the owner of the building that collapsed and killed two people at Ruaka in Kiambu County was arrested at the Jomo Kenyatta International Airport (JKIA) while attempting to leave the country.

Police said the woman was headed for the US when she was intercepted. She immediately complained her blood pressure had gone up and was rushed to the hospital.

Kiambu County head of DCI Richard Mwaura said the woman is under police care in a hospital.

“She will be processed and taken to court once she recovers. She is in hospital for now but under police watch,” he said.

She had been held at a Kiambu police station waiting to be taken to court before she complained of pressure.

Police plan to charge her alongside other stakeholders including county officials and engineers for causing deaths and damage to other people’s property.

Kiambu County has been on the spot following the increased cases of collapsing buildings, the latest one sinking on Monday at 4 am hours after over 100 tenants were evacuated.

The building was condemned and marked as unsafe for accommodation leading to an emergency evacuation.

Officials from the national government have joined the county government in forming a multi-agency team that will move around the entire county to inspect the state of the buildings to prevent such scenarios from happening again in the future.

The latest incident comes days after another multi-storey building under construction collapsed in the Kasarani area, killing at least three people.

In 2015, the National Construction Authority found that 58 percent of the buildings in the city were unfit for habitation.

Ruaka building collapse results in the death of a couple

A structure under construction in Ruaka, Kiambu County, collapsed on a couple's home early on Thursday morning, resulting in their deaths.
Latest
1 week ago

City Hall and the NCA had warned the supervisor of the Kasarani building that collapsed yesterday about cracked walls, fresh details have revealed.
Latest
1 week ago
na CYRUS OMBATI
Trending
21 November 2022 - 15:44