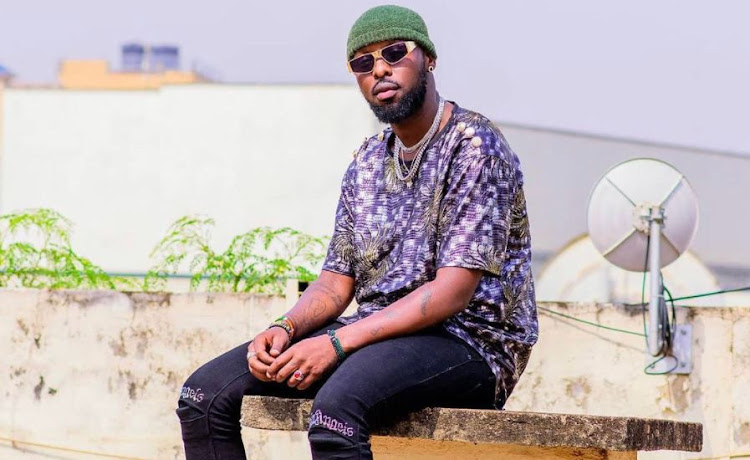 Ugandan singer Eddy Kenzo has been nominated for 2023 Grammy awards.  The 'Sitya Loss' hitmaker is nominated under the Best global music performance category for his song with American singer Matt B 'Gimme Love.'

Kenzo jumped with excitement when he received the news as he shed tears of joy.

"We are so grateful to God almighty for such a great moment in our country 🇺🇬.My brother @mattbworld thank you for being such a great talent. @gscelsa @angelavbenson @steynmusic thank you guys for this record.My fellow artist I wanna thank you, this is for all of us.And to my motherland Uganda 🇺🇬 thank you for raising me.We are in #Grammys @recordingacademy."

Matt B on the other hand as he thanked God for the opportunity.

"All praises glory and honor be to the most high Yah. To whom much is given much is required. Be not wise in thine on eyes, fear the Lord and depart from evil. Let your light so shine before men that they may see your good works and glorify your Father which is in heaven.To my brother @eddykenzo we did it!"

Nigerian star Tems was also nominated in the Best Melodic Rap Performance category for her song 'Wait for U'.

The awards will go down in February 5th 2023 in Los Angeles.

Here are  a list of major nominations from the 90 categories;

Record of the Year

“You and Me on the Rock,” Brandi Carlile featuring Lucius

“As It Was,” Harry Styles

Song of the Year

“As It Was,” Tyler Johnson, Kid Harpoon and Harry Styles, songwriters (Harry Styles)

“Easy on Me,” Adele Adkins and Greg Kurstin, songwriters (Adele)

Album of the Year

“In These Silent Days,” Brandi Carlile

“Music of the Spheres,” Coldplay

“As It Was,” Harry Styles

“My Universe,” Coldplay and BTS

“When Christmas Comes Around…,” Kelly Clarkson

“Music of the Spheres,” Coldplay

“On My Knees,” Rüfüs du Sol

“I Never Liked You,” Future

“Dragon New Warm Mountain I Believe in You,” Big Thief

“Cool It Down,” Yeah Yeah Yeahs

“Hurt Me So Good,” Jazmine Sullivan

“Something in the Orange,” Zach Bryan

“In His Arms,” Miranda Lambert

“Circles Around This Town,” Maren Morris

“Does He Love You — Revisited,” Reba McEntire and Dolly Parton

“Never Wanted to Be That Girl,” Carly Pearce and Ashley McBryde

“Going Where the Lonely Go,” Robert Plant and Alison Krauss

“I Bet You Think About Me (Taylor’s Version) (From the Vault),” Lori McKenna and Taylor Swift, songwriters (Taylor Swift)

“I’ll Love You Till The Day I Die,” Rodney Crowell and Chris Stapleton, songwriters (Willie Nelson)

“So Happy It Hurts,” Bryan Adams

“The Boy Named If,” Elvis Costello & the Imposters

“Lucifer on the Sofa,” Spoon

“We All Scream,” Patton Oswalt

Digital content creator Murugi Munyi has decided to respond after Nurse Judy came out to expose her hubby, alleging that she had cheated with him.
Relationships
2 months ago
na Elizabeth Musyimi Reporter
Latest
16 November 2022 - 13:20