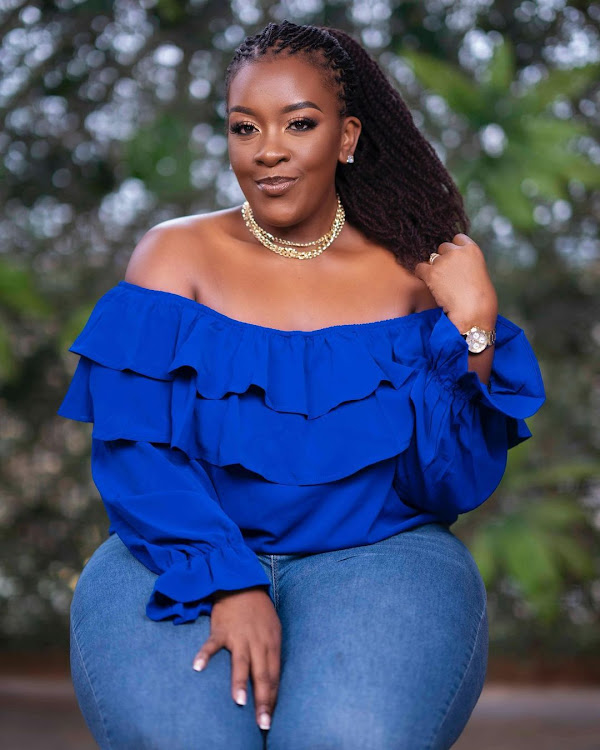 Digital content creator Murugi Munyi has decided to respond after Nurse Judy came out to expose her hubby, alleging that she had cheated with him.

Instead of going on the offensive with her rant of her own or trying to justify herself/ her marriage, Murugi decided to throw subliminal shots at Nurse Judy.

Taking to her Instagram page, the digital content creator decided to let her captions speak for her as the message was equally loud.

In a photo of her looking all glammed up rocking an orange mini dress, Murugi took the moment to let the world know she was unbothered and in her bag.

A shot at the woman who has come out to claim that she had an affair with Murugi's husband, Zack.

And she did not stop there. Murugi went on to upload another photo this time round smiling and in casual wear, with another subliminal yet shady caption highlighting that she was unbothered by the stories going around.

"Kill them every day..." wrote the entrepreneur adding the cool face emoji.

Less than a week ago, a Kenyan lady identified as Nurse Judy responded to claims that she broke Murugi Munyi's marriage after she slept with her hubby Zach.

The truth is that Judy did have a sexual relationship with Zach, at the time they were both married (Judy and Zach).

Judy has since separated from her husband citing guilt and emotional/physical abuse as the reason for their split.

"I do not understand why I am being called a homewrecker to a home that was already broken. It was wrong what I did, and it is not justifiable, it was disrespectful.

My husband was also cheating on me, but that does not make me the better person."

How did the news of her affair with Zach go public?

"Someone took screenshots, and they were threatening me. They said they would send the information to the blogs. I was not going to send any money to anyone because If I did, I would have to keep sending.

In January this year, I was in the salon when my husband then asked me why Murugi was sending him a friend request. I used to be a follower of Murugi, so my husband knew that."  Narrated the medical practitioner.