A man who made a written ‘confession’ to raping a woman in her sleep will not be prosecuted after the Crown Prosecution Service dropped the case.

Bonny Turner, 41, waived her legal right to anonymity to highlight how she believes rape has been decriminalised by prosecutors.

Miss Turner was allegedly attacked by a man she knew in a London hotel in 2016. 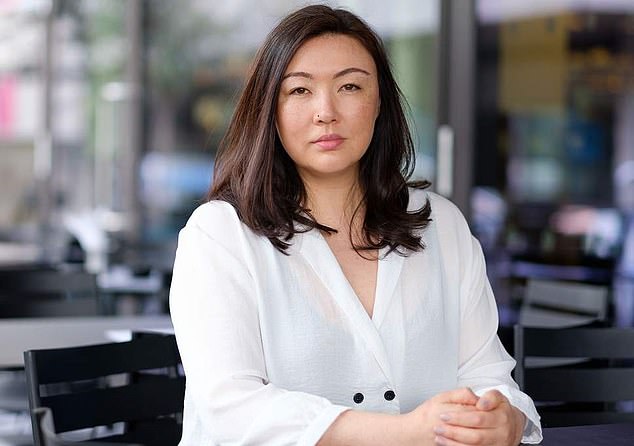 He left Britain after the incident, but in a written exchange on the Facebook Messenger app she says he ‘confessed’ to raping her.

However, even though he admitted in writing to having ‘made a huge mistake’, the CPS refused to bring charges.

Miss Turner, a counselling trainer, told The Independent newspaper that the refusal of the CPS to act meant rape victims’ chances of winning justice were bleak.

She added: ‘He confessed what he had done. In my view rape has become decriminalised.

‘If a confession isn’t enough to even get to court, there’s no hope for anyone else.

‘I was naive to believe that a voluntarily written admission of rape amounts to prosecutable evidence in the eyes of the UK’s so-called justice system.’

In the exchange on Messenger, Miss Turner told the man she was ‘fast asleep’ when he allegedly forced herself on her. 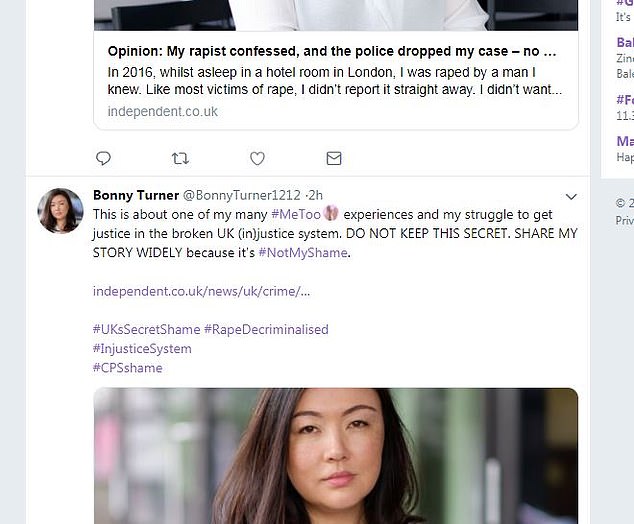 She says the man replied: ‘I know. I made a huge mistake and have been thinking about how wrong I was since then. Please forgive me.’

He then claimed he ‘noticed too late’ that she was asleep and is said to have replied: ‘That is why I stopped, but I should not have even tried from the beginning. I am so deeply sorry.’

Following this exchange, Miss Turner reported the incident to the police.

She said she was questioned a few days later for five hours at a London police station, and was asked for her mobile phone as well as access to personal information on her phone and her social media accounts.

Miss Turner said she was not told what was taken from her mobile, but later found that police had demanded information from a former employer about a grievance process.

She believes the fact that a complaint she made about workplace bullying was not upheld could have been used to discredit her.

Miss Turner’s case comes after widespread concern this month over plans to require rape and domestic violence victims to give their phones to police or face their cases being dropped.

The man was not interviewed until more than a year after the incident, when British police arranged to have him questioned in his own country.

But nearly two years after her report, she was told no further action would be taken.

When Miss Turner used the CPS Victim’s Right to Review, prosecutors refused to reopen her case.

Police Hunt For Thieves Who Killed a Fourth Year Student During a...
[fbcomments data-width="100%"]
This Week's Winners