Metro Man who has become an internet sensation, was recommended by his fellow worshiper at a Mosque that he used to attend. 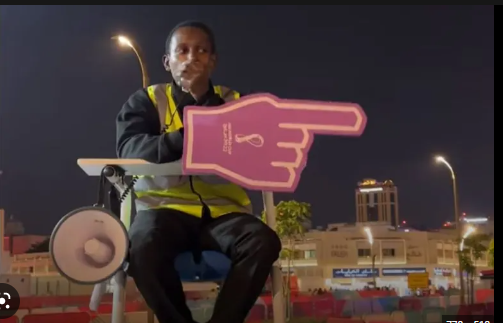 Abubakr Abbass aka Metro Man's family has disclosed how their son was able to land a job in Qatar.

Metro Man who has become an internet sensation, was recommended by his fellow worshiper at a Mosque that he used to attend.

In a video shared by NTV, his mother, Warda Abbas said his son is a staunch believer and likes to go to the Mosque and that's how he heard of the opportunity and grabbed it.

This is loosely translated to: "My son likes going to the Mosque, when he left for prayers, he heard there were job opportunities in Qatar, when he approach me about the same, I told him to take up the job and that's how he moved to Qatar."

Warda added that when she had of the news that her son was trending worldwide, the news brought her joy to the extend of forgeting to take her meals.

"He is currently in a three-months contract, we urge the government to take up after his contract elapses, make him an ambassador to sell the country," he said.

Metro Man became an internet sensation after videos of him directing World Cup fans to the Metro station made rounds on social media.

On November 25, the World Cup organisers invited him to the stadium to address football supporters.

Moments before the much waited match between USA and England, Abbas was seen walking toward a full stadium with football fans shouting "Metro, this way''

He was handed over the microphone and the first word he said was "Metro" as fans responded with "This way."

Abubakr Abbass, a 23-year-old Kenyan popularly known as 'Metro Man' was on Friday invited to the stadium to address football supporters.
Trending
2 months ago