Davido was spotted during his uncle Ademola Adeleke's inauguration as governor-elect. 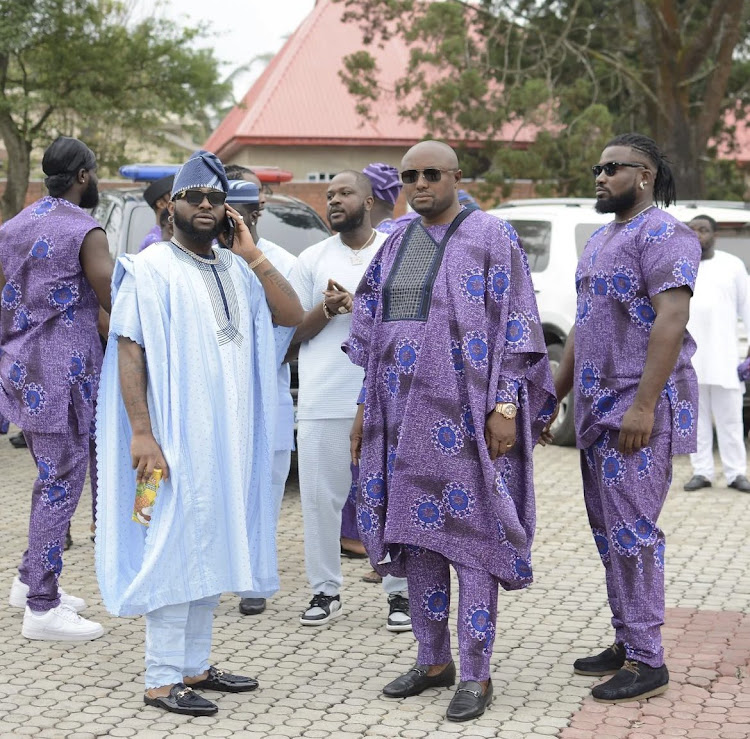 After the passing of his son Ifeanyi Adeleke last month, Nigerian singer Davido made his first public appearance on Sunday.

In Osogbo, Osun State, Davido was spotted during his uncle Ademola Adeleke's inauguration as governor-elect.

Davido attended the inauguration with his lover Chioma. The singer lost his son in October this year.

The singer later got married to Ifeanyi's mother, Chioma, in a private traditional wedding, two weeks after the boy's burial.

Various Nigerian blogs said only close family were allowed to the traditional wedding without their mobile phones.

Reports say the singer paid Chioma's dowry in full and the couple is also planning to do civil marriage.

A popular Nigerian blogger, Gist Lover's Gram, announced that Chioma told Davido that there is nothing left for her to be looking at as the son that bound them together is no more.

"The wedding, which was supposed to come up next year, was fast-tracked to November 6 just to console Chioma and assure her that with or without a son, her place is assured. Their registry is coming up sometimes next week, the traditional marriage was held November 6."

Nigerian singer Davido postponed his most anticipated America festival, AWAY.

The singer has not said anything yet about the death of his son, although he has unpinned posts on his Instagram page about the event.

Davido was also working on a project with Puma this week, but the company postponed.

Davido's son Ifeanyi Adeleke died in a swimming pool at his home in Nigeria.

Reports indicate that Ifeanyi was with his nanny when the accident happened.

Davido and Chioma had travelled to another state and left their son behind.

Charlene Ruto goes viral on Twitter again & here is why

President William Ruto's daughter has been a trending topic on Twitter for the better part of today.
Trending
2 months ago