Oktar, 66, fronted his own television channel, through which he delivered religious sermons. 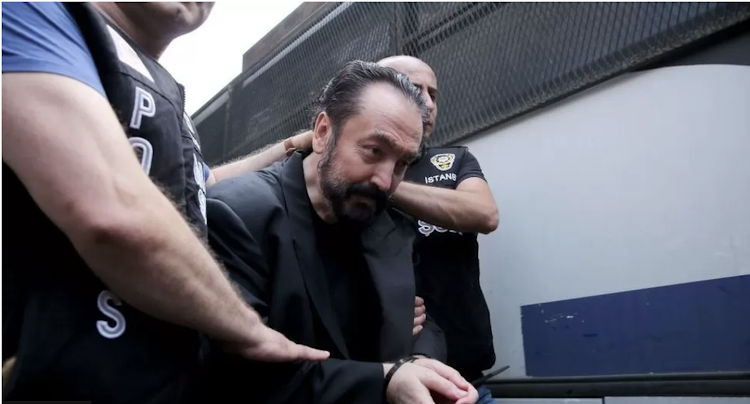 Adnan Oktar was originally sentenced last year but a retrial was ordered after an appeal
Image: Getty Images

A court in Turkey has sentenced a televangelist, who surrounded himself with young women he referred to as his "kittens", to 8,658 years in prison.

Adnan Oktar, who has been described as a cult leader, was convicted of sexual assault and abuse of minors.

Oktar, 66, fronted his own television channel, through which he delivered religious sermons.

He is a fierce opponent of the theory of evolution, and wrote a widely mocked book on creationism.

He was originally given a jail sentence of 1,075 years but an appeal court ordered a retrial involving 215 defendants.

Ten of them were also given 8,658 years in prison by the court in Istanbul. Many of the other defendants were given shorter terms.

Oktar and hundreds of his followers were arrested in 2018 from his home on a litany of charges, including running a criminal organisation, tax offences, sexual abuse, and counter-terrorism laws.

During his arrest, Oktar told journalists that the allegations made against him were "lies" and "a game by the British deep state", a topic he had frequently spoken about in the past.

In January 2021 he was convicted of 10 separate charges, including leading a criminal gang, engaging in political and military espionage, sexual abuse of minors, rape, blackmail and causing torment.

He was also charged over alleged links with exiled cleric Fethullah Gulen, who the Turkish government accuses of masterminding a failed military coup in 2016 which killed 251 people and injured more than 2,000.

An upper court overturned that ruling.

Oktar's views have earned him a degree of notoriety both in Turkey and abroad, having been arrested multiple times before 2018 and having spent time both in prison and a psychiatric unit over the years.

Multiple copies of his widely ridiculed book "the Atlas of Creation" were reportedly shipped unrequested to academics and libraries. In the book he claimed Darwin's theory of evolution lay at the root of global terrorism.

Dr. Mugo Wairimu has been found guilty of unlawfully administering drugs to patients at his clinic in 2015.
Latest
1 week ago

Weapons thugs have been using to terrorize Nairobi residents

The implements used by marauding gangs to rob Kenyans of their personal effects have got many city residents shocked.
Latest
1 week ago
Trending
18 November 2022 - 10:15