Joyce has now joined a bunch of other celebs who work at Switch TV to host a lifestyle show.

The singer will host a weekly live lifestyle show from Mondays to Fridays at the newest television station in Kenya.

“I had it all, fame, celebrity status, before everything came crumbling down’ Former TV host Eddy Kimani narrates

“Aaaaah!! *pinches self Here we go….! Join me every Monday to Friday, LIVE from 8 to 9am for #FullCircleWithJoyce, my brand new talk and lifestyle show on @switchtvke starting this Monday January 7th! I’m looking forward to honest, authentic and inspiring conversations with you delivered with lots of fun, style and sass!#choosejoy #notbymight #notbypower #byHisSpirit,” wrote Joyce Omondi.

Aaaaah!! *pinches self 😭🙆🏾💃🏾* Here we go….! Join me every Monday To Friday, LIVE from 8 to 9am for #FullCircleWithJoyce, my brand new talk and lifestyle show on @switchtvke starting this Monday January 7th! I'm looking forward to honest, authentic and inspiring conversations with you delivered with lots of fun, style and sass! 😘🤗 #choosejoy #notbymight #notbypower #byHisSpirit

Below are some of the comments from her fans congratulating her

kiksmwihaki:@joyceomondi but you are heavenly made aaah beautiful

rankingizzoh254:Congratulations Kajoyo 👏👏👏👏 see you there and we give Thanks to The Most High 🙏🙏

At the rate marriages in Kenya are ending, one would wonder whether there are couples worth emulating?

Today we share with you a list of Kenya couples who we think should inspire you in your journey.

From Size 8 to Wahu here are the most celebrated couples in Kenya; 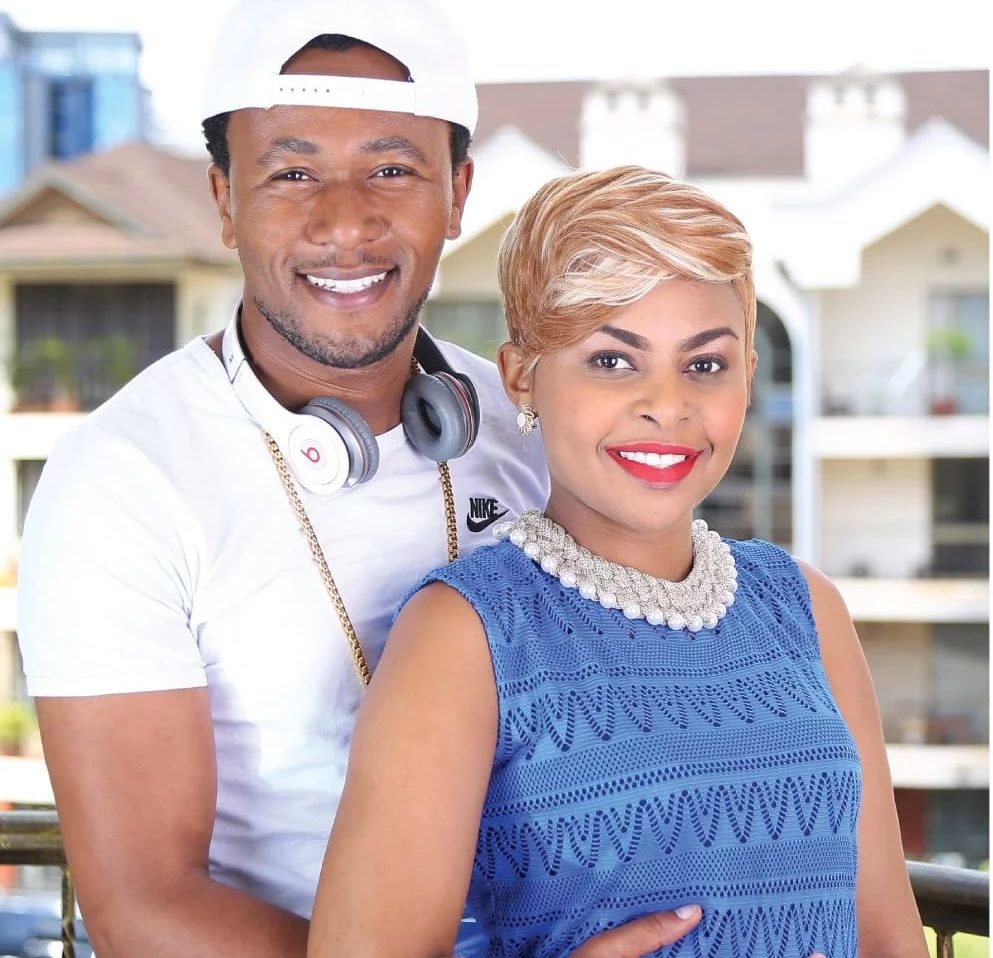 Journalists grace our screens to deliver news, but some are an eye candy and we can never fail to notice and appreciate ‘ Work On their good looks.

Even though news is meant to be a serious affair, it can sometimes turn boring and their good looks is the only motivation that keeps us going when watching boring news. Even with fame and money, some of this journalists have managed to maintain their good looks.

Even with most of them either being married or engaged, that does not stop ladies from wanting a piece of them. After all, no one hates nice toys.

Check them out some of the anchors and presenters below. But remember. You can look, but can’t touch.

The sexy eye candy is the host of a local programme called Mzuka which airs on KTN. He is married and is a dad to a handsome boy. So ladies, he is taken.

The hot news anchor at NTV is so humble yet so handsome. He is among the few people in the media who manage to keep away from bad publicity.

He is married to his longtime sweetheart Fiona Nduta.

The hot investigative journalist has a body to die for despite being a father of three. He shows young men the real meaning of ageing gracefully. He is married to Sheena Makena.

The hot eye candy is the ex husband of Betty Kyallo with whom they have a daughter. Apart from his good eye for news, he catches women’s attention for his good looks.

Former Citizen TV journalist, is an eye candy for his good look, a deal breaking smile and a deep inviting voice. Even though he isn’t much in the public anymore, only a fool can deny his good looks.

KTN news journalist Hussein is a hunk even with his small body frame. His smile is infectious and we can’t deny he is an eye candy.

He is undeniably good looking. He is both beauty and brains. The K24 anchor joins the battle of the most handsome journalists in the media fraternity.

The talented Waihiga has a smile to die for and good looks to go with . He is married to the beautiful gospel musician Joyce Omondi.

Heshimu wazazi. That is one tenets of the holy book that is drilled into our minds. We are told honour your parents and you will live a long and blessed life.

Kenyans online screamed bloody murder after the beautiful Joyce Omondi introduced her parents-in-love to the public.

Joyce wrote, “Yesterday I had the honor of co-facilitating the services at CITAM Parklands with #theonehekeptforme before his parents came on to deliver the message of the day. Truly a memorable #familyaffair!?”

Another one called Anitah Nitty wrote,

“Correction: ‘…Before our parents’, not his parents, your one now oooh.”

In the past Joyce has blasted haters calling them “broken, spiteful and disingenuous…” folk.

Beside the haters, here are some folks who ooze nothing but love for our girl, Joyce.

Lilian Induswe: A fruit falls next to its tree I thank God for blessing you with God fearing Inlaws who raised a God-fearing man for you, my God fearing beautiful sister. Blessings all through dear.

Wamaitha Mugure: You see the way you should refer to your special people.

Angela Obinoo: Thank God for a loving family he has given you.

“For husbands, this means love your wives, just as Christ loved the church. He gave up his life for her,” so says the bible in Ephesians 5:25.

Citizen TV’s Waihiga Mwaura is among the few husbands around living according to this word. He is a loving, caring and supportive husband to his wife Joyce Omondi. The two tied the knot early 2016 in an invitees only that was attended by the local media bigwigs.

Well, Joyce Omondi is also a great fashionista and her sense of fashion speaks volume. She is a pacesetter in the fashion industry and she is known for her unique hairstyles. Below are beautiful photos of Joyce Omondi which prove that indeed Waihiga Mwaura aliangukia, go through;

She is the dark skinned beauty who drives fellas wild, and he too has had his share of adoring female fans.

Gospel Tv host Joyce Omondi and her Sports presenter Hubby Waihiga Mwaura continue to have a love filled relationship that is the envy of many. The two love-birds tied the knot last year and Kenyans were caught off guard because most did not know they were dating and set to walk down the aisle. but that’s in the past.

The cuties keep their private life under wraps and so when they do share something on social media, we can’t help but love them and say they are relationships goals. Here are four times Joyce and Waihiga have made us go gaga over their love.

A year ago today #theonehekeptforme honored me before God, our family and friends by making me his wife. What a joy it is to bear your name and share my entire life with you @waihigamwaura! Happy anniversary my love! Wewe ni wangu. I will always bless God for you. May He be glorified in our marriage. Here’s to forever and a day

He’s home!! 🤗🤗🤗
Praising God today that after 40 days apart 😢😭😭 (separate trips between Kenya, Italy and Brazil) #theonehekeptforme and I are finally back together in the same continent, same country, same house… safe, healthy and blessed!
Karibu nyumbani

#tbt vacay with my fave!

“A great man does not seek applause or place, he seeks for truth; he seeks the road to happiness, and what he ascertains, he gives to others.” Robert Green Ingersoll.

In the entertainment industry, there are many celebrity couples, but the one that is most treasured by fans is the union between Joyce Omondi and Waihiga Mwaura.

The two meet at Citizen TV where they both used to work before Joyce Omondi quit her job on Kubamba to pursue her Masters degree.

They later wed and their love is growing stronger as the days go by. Joyce Omondi and Waihiga are the shinning beacon of what marriage ought to be.

This past weekend they spent time with family in Mombasa. To celebrate their grandmother’s birthday.

Joyce Omondi shared this picture perfect moment with her fans.

This was the photo’s caption.

“Went down to the coast yesterday to spend the day with my grandma and have a belated birthday celebration???? It was such a wonderful time and my heart just melts with love and gratitude every time I look at this picture of her feeding @waihigamwaura a piece of cake with such joy????????????????
#priceless
#familyiseverything
#adaywellspent,” she wrote.

Gospel artist and media personality Joyce Omondi is one beautiful lady, both on the inside and the outside.

The former Rauka Gospel Music show host is no doubt a beauty to behold and her angelic voice gets everyone dancing and singing along to her songs.

Joyce Omondi’s songs are some of the best in the Kenyan music industry, which include: Kweli, Nifiche, Conqueror and more. She is very talented, God-fearing and very humble.

In 2013 she won the Groove Awards for Video of the Year category and she’s not only a stunning lady, but also very intelligent.

She graduated with a Masters degree of Science in Foreign Affairs, majoring in International Development at the Georgetown University in Washington on May 2015.

Joyce Omondi got married to Citizen TV News Anchor Waihiga Mwaura in a colourful, joyous and dance-filled wedding ceremony on December 18, 2015, at the Sawela Lodge in Naivasha.

Well, Joyce is at a happy place in her life right now, and we hope to hear new music from her soon. How about we take a look at some of her most charming photos. 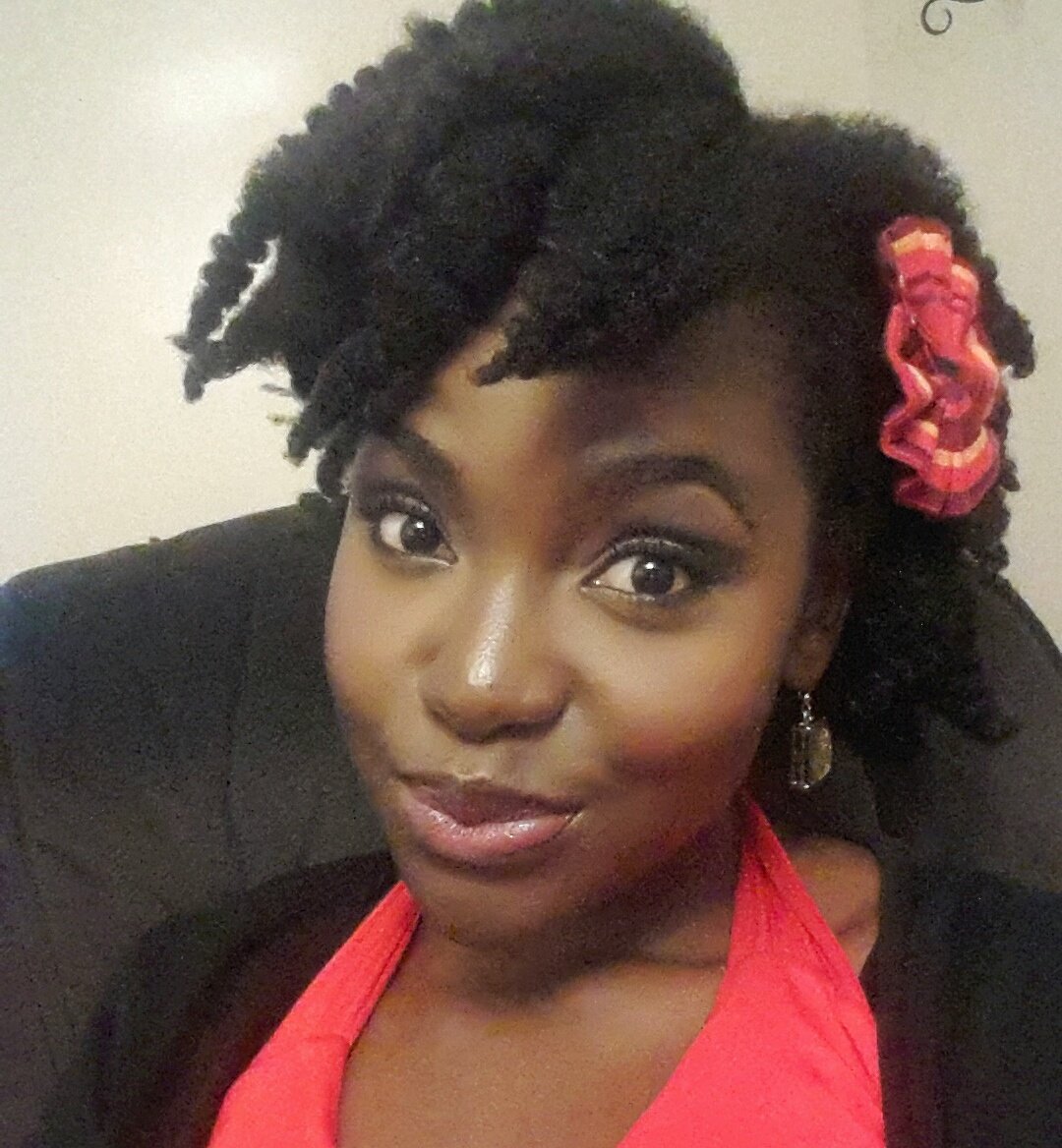 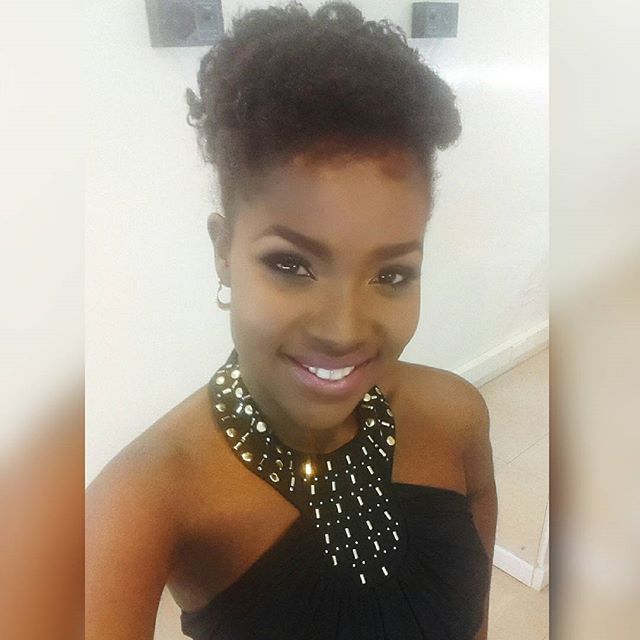