Children’s Day was set aside to honor and promote the welfare of the world’s children. Universally it is celebrated on November 20th.

Children are our future, we must protect their rights and empower them to achieve their dreams.

Here are some of the ways you can celebrate this day,

1. Giving to the homeless

The number of homeless people in Nairobi is constantly increasing with the highest number of them being children. Most of them go hungry for days. It would be a very cool initiative to feed some of these kids at least one meal in the day. 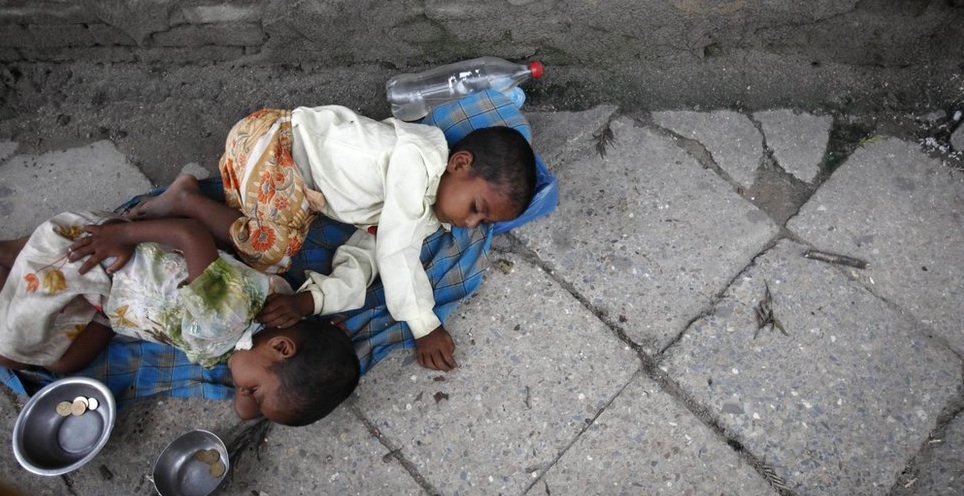 Most kids in this home have been abandoned by their parents or are orphans. Visiting a home to help the matrons or even provide food or clothes will leave an impact to this kids.

Kenyan comedians you did not know were parents, see photos of their kids

3. Visiting kids in the slums

Life in the slums is not easy. Guardians and parents of these children really go through a lot to put food on the table. A quick visit to just support a family will leave a smile on their face.

4. Treat your own kids to something special

This day is not only for the less fortunate kids. How about you take time out of your busy schedule and do something special for your child, niece or nephew?

The number of adolescents dying from AIDS has tripled over the last 15 years, most of them having acquired the disease when they were infants, according to figures released Friday by UNICEF.

“Among HIV-affected populations, adolescents are the only group for which the mortality figures are not decreasing,” the report says.

“Most adolescents who die of AIDS-related illnesses acquired HIV when they were infants, 10 to 15 years ago, when fewer pregnant women and mothers living with HIV received antiretroviral medicines to prevent HIV transmission from mother to child.”

Many of them survived into their teenage years without knowing their HIV status. However, among teenagers aged 15-19, 26 new infections occur every hour, and about half of the two million living with HIV in this group are in just six countries: South Africa, Nigeria, Kenya, India, Mozambique and Tanzania.

“In sub-Saharan Africa, the region with the highest prevalence, girls are vastly more affected, accounting for seven in 10 new infections among 15-19 year olds,” the statement said.

“It is critical that young people who are HIV-positive have access to treatment, care and support,” Craig McClure, head of UNICEF’s global HIV/AIDS programmes, told a conference in Johannesburg where the report was launched.

Only one in three of the 2.6 million children under the age of 15 living with HIV are on treatment.

Since 2000, nearly 1.3 million new infections among children have been averted, largely due to advances in the prevention of mother-to-child transmission of HIV.

By 2014, three in five pregnant women living with HIV received antiretroviral treatment to prevent transmission of the virus to their babies.

“This has translated into a 60 percent reduction in AIDS-related deaths among children under four years of age since 2000,” Unicef said in a statement.

“These efforts to eliminate mother-to-child transmission will help to change the course of the epidemic for the next generation of adolescents.”

Footballing legend David Beckham pledged to change the lives of millions of children on Monday as he launched “7”, a new fund with UNICEF to protect the world’s most vulnerable youngsters.

“Over the coming years I am going to work with UNICEF to raise millions and speak out for children all over the world,” said Beckham. The fund — named after Beckham’s lucky number on his England and Manchester United shirts — will focus on children at risk of violence, abuse or disease.

“Today, the need to help children has never been greater and since retiring I have more time and I want to do so much more,” said Beckham, who is marking 10 years as a good will ambassador for the U.N. Children’s Fund.

“Everything I have done, my football career, my family, has led to this point – this is the moment for me to do what I can to help children in every corner of the world. This is something I want my own children to be proud of,” added Beckham, a father of four.

Beckham also asked his fans to back his call to world leaders to put children first as they negotiate new global development goals. The launch of “7” comes after one of the worst years for children on record, UNICEF said.

Pregnant  Shakira and her boyfriend  Gerard Pique  celebrated the imminent arrival of their second child on Monday Jan. 19, by hosting a baby shower with a charitable cause.

The world-famous couple  thought of the idea back in 2012 when they were expecting their first child Milan.

Their latest “World Baby Shower“  aims at  benefiting poverty-stricken children and mothers globally by setting up a registry of items for friends and family to purchase through UNICEF.

The UNICEF website reads “As part of our new baby celebration, we can give vulnerable babies a brighter beginning. This is more than a shower, it’s a global movement to save lives.”

It also has a link where you can select a gift from their  gift registry to send real life saving items delivered to vulnerable children around the world. In addition, you could also make a donation or offer to host a baby shower for someone in need.