Back in the day, every Kenyan child had those days they anxiously waited for – be it Christmas when we all got new clothes, or closing day when our folks bought ice-cream for us.

Let us throw it way back to these moments when we were kids and life was gucci.

These were the moments we got to eat chapatis, sodas, juices and other special meals like meat. The best part of it all was going shopping for new clothes and shoes. The houses could be decorated with balloons and flowers as it was a special day. 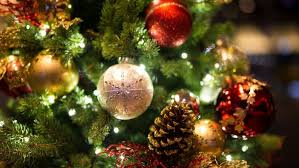 This was the time you could visit new places and get to see new things that you never saw before. You could also get a chance to play all sorts of games with other people and make new friends.

This was the moment when you could meet almost all your relatives, regardless of where they lived.

The ones that came from the cities were normally valued more and treated with respect.

Classic 105’s Harriet Kinga has been serving lewks for quite some time.

A fan of Harriet tagged her on social media with a throwback photo.

The picture (above) was taken ten years ago and she is still rocking it.

Meanwhile enjoy these cute photos of Harriet with a new look.

Throw back songs remind us of our past lives! We have talked too much of 2pac and B.I.G Notorious, its time we now listed some Kenya songs.

Well, check out some top 10 Kenyan songs you might not have heard for the longest time now. This list will make you euphoric.

This song was one of the biggest back in the day. Pam and Karma features Jua Cali, Nameless, Nyashinksi and Abbas. Although Pam and Karma might have given up on music, this track was definately a killer jam.

This jam was released back in 2003 by the trio Tattuu who have since then gone silent. This track is one that made top charts in the music industry back then.

E-Sir is still regarded as one of the artistes who had deadly punchlines and a good command of English. He was a Kenyan hip hop artiste who together with Nameless did good justice to this song.

This was one of the biggest tracks produced by the legendary Clemo. Even if Czars’s left without a trace, his songs still reminds people of him.

This song was one of the hottest yet hilarious ones by Pilipili and the late Lady S, a track by Calif Records that keep’s Lady S voice alive.

“This Song Will Finish Me One Day” Maina Kageni Confesses How This Bongo Song Drives Him Absolutely Bananas! (AUDIO)

Talk of a nice combination, Ratatat and Pilipili made this jam hit the headlines over the good justice they made to it.

Jimwat made his debut with this song that became a sing along song to everyone who heard it. I must say it was both educational and entertainment.

Nonini is a trend setter. This was his first ever video in 2001 which made the phrase ‘Gigagagaga’ famous which also came up with the sheng word “Mahaga” or “Haga”. In this song he featured his sister Slyvia who sang the chorus.

This was one of the songs that made Jua Cali win alot of awards. It features fellow Kenyan artiste Sanaipei Tande. The two are still doing good music to date.

You know this song famed for the lyrics ‘Wasee Tumetoka Githurai.” My Lenny, Googz and Vinnie Banton released it back in 2004.

I must say this is the real sound of Kenyan songs. Bring back the shine guys!

We have seen the fashion world go back in time to the 50’s and other eras and pick up a few wardrobe staples and give them life or rather a more modern look.

The same has happened in the hair industry with manufacturers producing wigs with styles reminiscent of those our parents rocked in their youthful days.

Many people are now ditching the chemicals in favor of their natural hair and with that comes the need for hairstyles that are protective and can last given that African hair isn’t exactly silky soft.

Here are some of the styles from back in the day that are becoming common.

Bantu knots – After oiling your hair, you separate it into several parts, twist and roll it around to make a knot. You can either choose to leave them or undo them for a curly look.

Twist outs – They are almost like bantu knots only that you don’t coil them. You basically twist your hair and later on style them to your preferred look.

Afro – The good old afro, wash your natural hair, oil it , comb and you’re good to go. You can add a bow, pins or a flower to bump the look.

Corn rows – These can be done with your natural hair if it’s long enough and in case it’s not hair piece or thread can be used instead.

News anchor Janet Mbugua Ndichu who gave birth a few weeks ago had a pregnancy photo shoot that not many had the opportunity to see.

The shoot was not the usual studio type with heels and the mother holding the baby bump smiling, no this was a very fiesty and adventurous shoot for lack of a better term.

The venue for the shoot held at  the Ole Polos country club by photographer/ TV host Michelle Morgan is very tasteful and who knew Janet could also double up as a model.

Here are the photos courtesy of Michelle Morgan/thefemalenomad

Forget the songs you hear today that do little for lovers, especially the women. Most songs written nowadays are about drugs and sex and do nothing for people wooing women, the number one way to get someone to accept a date.

Back in the day songs were composed in a way that it made it easier for you to convey your message, from “I love you “ , “I’m sorry”, “forgive me” to “let’s break up”, there were songs for all occasions. Some songs were so famous in their times that they were used to walk down the aisle during weddings. A perfect example is KC and Jojo’s – All my life which was dubbed wedding song of the year in 1994.

Another well received song from back in the day was Mariah Carey’s -Thank God I found you, Celine Dion’s – You’re still the one, Whitney Houston’s – I will always love you etc which were among the best love songs of all time. Here is a list of some of the most epic love songs.

My first , my last , my everything – Barry White

Jimmy Gathu is one of the country’s top media personalities of our time. He continues to appear on our screens, be heard on radio and feature in adverts.

He later moved on to radio before going returning briefly to TV. He was the face in the ‘Mpango Wa Kando’ TV commercials which raised controversy as some members of the community felt that it was a bit too much for home viewing.

Check out these throwback photos of Jimmy.

To many Kenyans Johnson Sakaja burst into the limelight at the launch of The National Alliance (TNA) party in 2012 through his highly publicised speech. Sakaja who is currently a household name was into politics way before Kenyans knew him.

He was the chairman of Students Organisation of Nairobi (SONU) in the mid-2000’s but little is said or known about his life besides politics.

Check it out below

The life and times of the Late Whitney Houston and Bobbi Kristina were filled with moments of joy and despair just like it happens to many others. However with a history of alleged drug abuse, both mother and daughter died under the same tragic circumstances.

Here are photos of the two over the years.

Barack Obama visited Kenya as a senator in 2006 and thousands of people lined the streets for hours waiting to get a glimpse of him and now come Friday 24th July he will visit Kenya as the President of the United States. The Obama in Kenya excitement is really building up and he is expected to be warmly received.

Obama will not be travelling to Kogelo as many had expected neither will he be accompanied by his wife and children like he was in 2006.

He visited the Kibera slums, Wajir and even took a HIV/Aids test in Kisumu in 2006. He also planted a tree with the late Nobel Laureate Wangari Maathai which is one of the most iconic photos of his visit.

He will not get to mingle with people the way he did in the senatorial capacity, but check out this throwback photos of his 2006 visit.

Celebrity power couple Nameless and Wahu have been together for years and are one of the most celebrated relationships in music. But before the marriage came the dating and Nameless might have just shared why he put a ring on Wahu so fast.

Nameless shared the photo below of him and Wahu 11 years ago when they took their first USA tour. He even had a discussion regarding Wahu’s good looks back in the day with fellow musician Madtraxx.

Check out the photo below

Many of us know Diamond as one of the biggest artists in East Africa. He is known for his sharp looks and his flashy videos. Just like the rest of us who have come from far, so has he.

Take a look at Diamond from back in the day before the flashy designer clothes and all the media hype.

They say everyone has a history and that does involve matters of the heart.

Most of us have past flames some of whom we may choose to keep as friends and others that we prefer to burn bridges with.

Local celebs are not left behind and have been caught up in previous relationships, some ended dramatically while others were cordial.

Here is a look at some of the celebs and their past flames.

We take a look at Caroline from back in the day as displayed in the photos below.

Jeff Koinange is one of the top media personalities in Kenya. Jeff well known for his talk show The Bench was a media influence back in the day and he still is. We happened to bump into photos of Jeff when he was a child, during his days as a presenter and one at an event with Jimmy Gathu.

Check out the throwback photos below

Eric Wainaina is the current brand ambassador for Nederburg wine. His journey through music has seen him travel around the world to entertain thousands of people.

He is also one of Kenya’s veteran musicians who started from the group Five Alive.

Today we are going back in the day with the queen of football and first lady of Arsenal (Kenyan branch) lol Carol Radull.

Classic 105 drive show host Larry Asego and The Classic Kick Off show host Carol Radull back in 2008 at the Freedom from hunger walk.