There has been an increase in social media bullying as people enjoy hiding behind a desktop and a keyboard making mean comments about other people without minding about their feelings.

According to Ghafla Jua cali’s wife Lilly Asigo found that someone was trying to dig out dirt about the love of her life and father to her kids and this did not seem to settle well with her thus she came out guns blazing.

The said attacker going by the mane Susan Nekesa  had posted the a photo of Jua kali and his fellow artistes Nameless and Vivian,but drawing attention to juakali by circling on his photo to highlight the target.

Lilly came out to give Nekesa the savage answer she was looking for ,here is what she wrote

Not contented with the response Lilly showed haters the middle finger in a separate post. 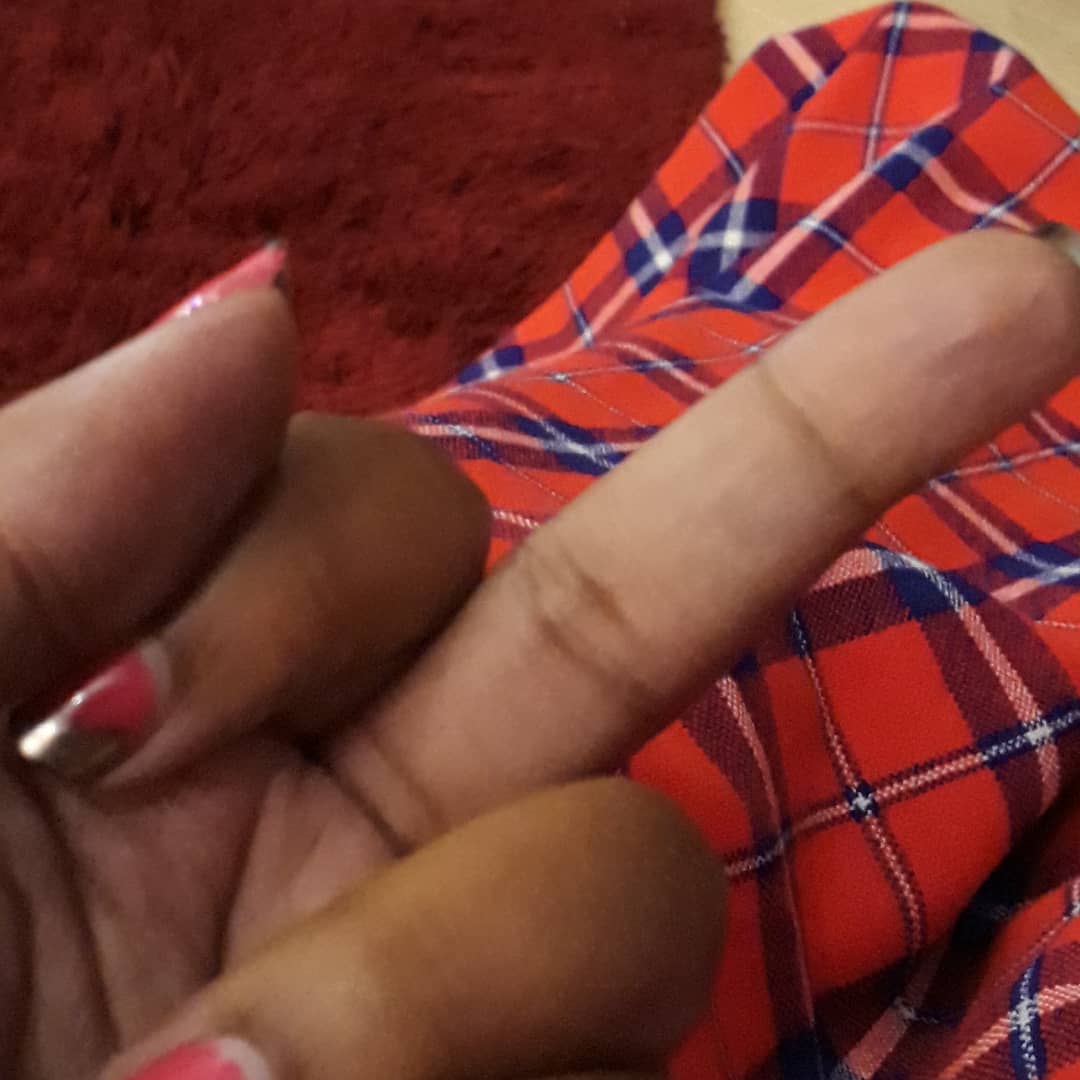 She is sizzling hot. She caught the limelight with her song Woman In love. Since then, Vivian has rocked  254 with her melodious voice and she is doing justice to it.

“Vivian you have made my heart go Teren Teren. You are the woman in love but I’m the man in love. You’re my charm and today I want to give you my full attention and I want to ask, make my dream come true. I’m asking for your hand in marriage,” Sam said

Vivian who seemed to also be head over heels in love said YES to the flamboyant man and it seems she is walking down the aisle very soon. But hey! Is this man going to cop with the men this singer has been linked with?

Meet The Man Who Is Set To Marry Singer Vivian (PHOTOS)

After confessing that she crushes for the dancehall artiste, Redsan heard her cry and the two now have a hot jam dubbed Attention. Well, photos that went viral of the two having a good time in the beach, propelled rumours that they were seeing each other.

CAT OUT OF THE BAG! This Is What Redsan And Stunning Kenyan Singer Vivian Were Up To (VIDEO)

Timmy Tdat has been linked to dating various lasses after his break up with fellow rapper Kush Tracy. The Inaweza hit maker was linked with an upcoming artiste identifies as Faith, melodious singer Dela and Vivian. The two were spotted going to several events together not to mention their romantic photos that went viral. Are fans to blame for the speculations or was this just a cheap publicity stunt?

We all know Jaguar is one of the richest artistes in this nation. The two did a collabo dubbed My dream which stirred rumours that they were dating.

Talking to Mpasho, Vivian shut down the rumours saying;

“Jaguar is a good friend of mine. He’s also my mentor – he tells me a lot of things about the do’s and donts in the industry. So, he’s really like my big brother and I think people must have misunderstood it especially because I did the first song with him and I was not known at all,” she said calmly.

What is Ragga Artiste Redsan Up To With This Stunning Kenyan Singer? (PHOTOS)

Gospel singer Bahati and secular lass Vivian were rumoured to have gone to a Valentine’s date thanks to Kiss Fm’s Adelle Onyango. Need I say more?

Poleni Team Mafisi! Sexy singer Vivian Wambu is off the market. She is now spoken for. The Teren Teren singer who once confessed that she had a crush on Redsan, was yesterday engaged live on air.

Her longtime lover and manager Sam West walked in while Vivian was being interviewed by Willis Raburu on 10 Over 10 show and he went down on one knee and popped the question, “Will You Marry Me?”

“Vivian you have made my heart go Teren Teren. You are the woman in love but I’m the man in love. You’re my charm and today I want to give you my full attention and I want to ask, make my dream come true. I’m asking for your hand in marriage.”

CAT OUT OF THE BAG! This Is What Redsan And Stunning Kenyan Singer Vivian Were Up To (VIDEO)

The surprised Vivian said, “Yes”. Vivian and Sam have been dating for some time now and it seems they are ready to settle down.

On 15th March, Sam took to social media to wish Vivian a happy birthday in a long love post he shared on Facebook but many didn’t know it was that serious.

“Birthdays come around every year, but friends like you only come once in a lifetime. I’m so glad you came into my life. Best wishes on your special day. By your examples, you have shown us goodness and light and truth. I know you will continue to be a shining example as you face another year. Thank you for being you, and happy birthday, Love Vivian.“

THEIR TASTE IN WOMEN IS IMPECCABLE! Top 5 Kenyan Male Comedians With The Most Beautiful Lovers (PHOTOS)

Sam is known for his flashy lifestyle while Vivian is a fast rising Kenyan singer who has done collabos with mega music star Dr. Jose Chameleone, Redsan, and Jaguar.

Here are photos of Sam West, the lucky man who will be warming Vivian’s bed.

Veteran Kenyan ragga and reggae artiste Redsan has been in the music industry for more than a decade and he’s not slowing down anytime soon, musically that is.

Redsan real name, Swabri Mohammed, is known for some of the biggest ragga hits back in the day, which include; Chicken, Yule Pale, Step On It and his latest hit Shoulder Back.

The celebrated rapper made a musical comeback in 2015 and has since been active in the music industry and even dropped a new song with sassy Kenyan-Nigerian-based singer Victoria Kimani and top deejay, DJ Creme De La Creme dubbed Live It Up.

Though Redsan is recognized as one of the most influential ragga musicians in Africa and beyond, he has somehow managed to keep his private life off the public radar and little is known about his love life, but all we know is that he’s happily married.

Recently, Redsan was spotted with sultry singer Vivian getting cozy and steamy at a beach somewhere in Comoros Islands and from the look of things, it looked like there was more going on.

What is Ragga Artiste Redsan Up To With This Stunning Kenyan Singer? (PHOTOS)

Vivian is known for her Kenyan love songs after coming into the limelight after a collaboration with singer Jaguar by the name Dream and recently, she dropped a new song with Ugandan musical legend Jose Chameleone dubbed Charm.

The sizzling photos of Redsan and Vivian left some fans questioning their relationship and after keeping us curious for days, the two artistes have finally revealed what they were up to at the beautiful Island, and as I guessed, they were working on a new song.

The two stars have officially confirmed that they have been working on a new club banger dubbed Attention, and with Redsan’s dope ragga lines and flow and Vivian’s mellow voice and vocal prowess, I can bet this will be a big hit.

Without further ado, check out the teaser for their new song Attitude below as we wait for the official music video in a few days time.