There are many cultures and traditions in Africa that we are forced to follow but with the modern world, many are choosing to break the rules and the community around is quite receptive.

Among the old traditions was marriage, where people were forced to marry from the same community, but people are not following that it today’s world.

Here are some of the celebrities whose spouses are Muslims,

They were considered a power couple before they broke up, more like Africa’s Jay Z and Beyonce before Ivan sadly lost his life.

He died in May 25th 2017 in Steve Biko Academic Hospital where he had been admitted with a heart condition.

He is father to three of her kids. Zari is Muslim while Ivan was not.

Ravynavy has been together with his long time girlfriend, Fahima and they have a son together who goes by the name Jaydan.

Ravynavy is not shy to showoff his gorgeous lady as he once took to instagram to appreciate her saying,

“May God give you long life my Fahyma .WE have passed through a lot arguments confrontations but we are still together.Personally i would not leave you mother of my son. I pray God to help us achieve our  dreams and all that we have planned.

Amina and John met while working at Homeboyz radio as John was Amina’s boss. The two are however married and have a son together. 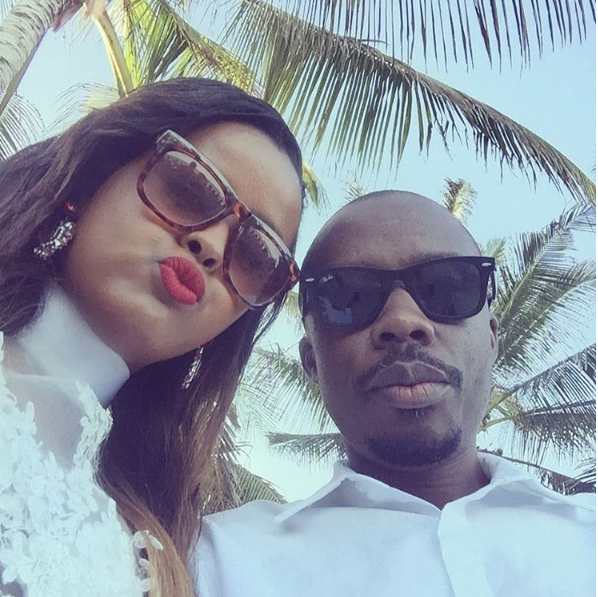 Kitili tied the knot last week to his long term friend and mother to his child in an intimate ceremony.

A section of Muslims were however not pleased and thus trolled him and most especially his wife for ‘giving herself off’ to a non Muslim.

Announcing the good news of his wedding Kitili wrote

“A beautiful day when I married the wife of my youth @amina_mude, who I promise to love and protect with my all..thank you all for your warm wishes and prayers..we are humbled.. To all my Muslim and Somali brothers and sisters, especially my shemejis from Wajir; thanks a lot for your kind words and great reception.. To those who are not so welcoming, we forgive you..you have a right to your opinion as long as you dont cross the line..God is more important than religion..
#WajirsFinest”

Gospel artiste Willy Paul is among celebrities who have found love in muslim women.

Although he has not officially communicated about the relationship, the damsel has and she says that the two are planning on getting married soon.

In an exclusive interview she says

“I just wanted everything to be private because I do not like publicity stunts. A few months ago he posted a photo of him and our son and only captioned him.

Days ago he wrote a caption that he is single and ready to be taken and since then we have been having issues because women have been throwing themselves at him.

I shared the photos so that hawa wanawake wake wajue he is taken, that he has a baby and we are about to get married.”

‘They should know he is taken’ Willy Paul’s alleged baby mama speaks out. See photos of him and the baby