Radio personality Patricia Kihoro has come out to address rumours that have been going round about her being a lesbian something that left many shocked.

Speaking candidly on the issue the sexy radio personality said her mother introduced her to a gay man, so she would not take it as an insult if someone said she is lesbian.

“My mother has supported my work from the start and she always respects my opinion. The first people I ever met who were openly gay were friends of my mum. I was probably 16 years and she didn’t make a big deal about it, and therefore I also did not learn that was a big deal.”

She was speaking at the official screening of lesbian film Rafiki after the court lifted a ban on it.

“I have been accused of being a lesbian but first of all, it is not an accusation, because calling me a lesbian is not an insult as I have met wonderful human beings who are homosexual and are far better than people who have stood in certain standards of judging others.

She said the reason she does not speak about it is because she has friends who are homosexuals.

Kihoro said it is unfair for the society to only support people to marry the opposite sex.

“There is a question on the institution of the family because men are supposed to be with women and that we are going to stop humanity and I am like, does having homosexuals in your space make you think that I am not able to sire children?”

That argument does not make sense to me because if you know what your sexuality is, then any other person’s sexuality should not have any effect on yours.”

Last year, rumours emerged claiming that Kihoro, lifestyle blogger Sharon Mundia aka This is Ess and Fena Gitu had a kiss, which she denied.

Rafiki film producer Wanuri Kahiu and the Creative Economy Working Group (CEWG) have filed a constitutional petition challenging the decision of the Kenya Film Classification Board (KFCB) and its CEO – Ezekiel Mutua – to ban the film in Kenya.

The petition argues that the ban is against freedom of expression, freedom of artistic creativity and goes beyond the limitations stated in Article 33 (2) of the Constitution of Kenya.

On April 26 th 2018, the Board’s CEO notified Wanuri Kahiu of the Board’s decision to censor the film Rafiki as she declined to remove what it defined as offensive classifiable elements. 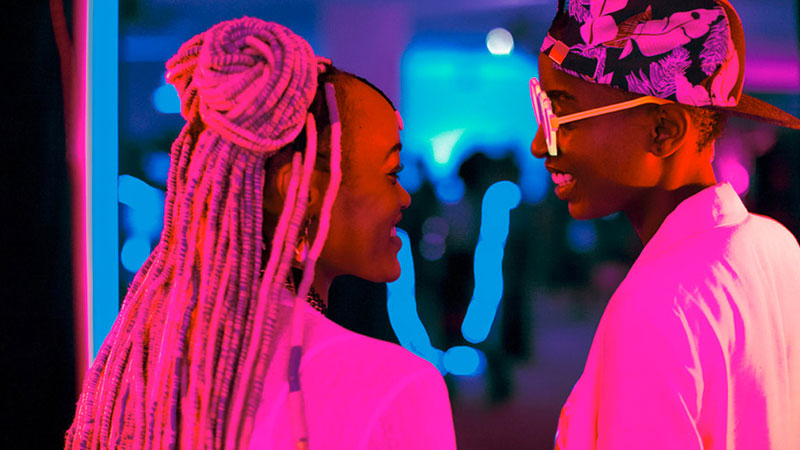 As filmmakers, creatives and story tellers we believe in the intrinsic value of our work. We believe that freedom of expression is the cornerstone of any democracy.

The unreasonable and unjustifiable censorship of films infringes on our rights of freedom of expression and freedom of the media as enshrined and guaranteed in the Constitution of Kenya.

The right to freedom of expression has been anchored in regional and international human rights instruments signed and ratified by Kenya such as Article 19 of the Universal.

Declaration of Human Rights, Article 19 of the International Covenant on Civil and Political Rights and Article 9 of the African Charter on Human and Peoples’ Rights which Kenya is obligated to respect, promote and fulfil.

Sections of the Films and Stage Plays Act, CAP 222 are a threat to free speech and media freedom. They limit the freedom of artists to impart information and restrict freedom of
artistic creativity.”

The petitioners also want the application to suspend the respondents’ decision to restrict the film pending hearing and determination of the petition.

Under a Certificate of Urgency, the petitioners want the Court to grant a Conservatory Order allowing the lifting of the ban.

This is to enable the Oscars Selection Committee Kenya to consider the film for entry to the Academy for the Best Foreign Language Film category
award at the 2019 Oscars.

Without lifting the ban the film cannot be considered for selection. The entries close on 30 th September, 2018.On the issue of the Oscars, Wanuri adds

“This isn’t about me personally. It’s about the freedom for all industry players to tell the stories they want to tell and not to be censored.
The world is quickly becoming a village and the film industry is worth more than USD 30 billion globally. The opportunities for more Kenyans especially the youth to participate in this sector is immense.We should not let colonial laws stop us from achieving this.”

The petition which was filed on Tuesday 11th September awaits conservatory orders as the Judge gives the other parties the chance to respond.
At a court hearing today, Justice Wilfrida Okwany ordered that KFCB be served and all parties to appear before her on Friday 14th September for directions.
Read more