Linet Munyali, popularly known by her stage name Size 8 is not about to take a musical break anytime soon, and this time around, she has decided to surprise her fans with not one song but three mega tracks, a triple release.

The mother of one last dropped a new song about 4 months ago, dubbed Mapochopocho, and has been working on new projects after landing a deal with a top diapers brand, with her daughter Ladasha Belle.

Things seem to be going well for the artiste as she recently got another job as a TV host for a new gospel show, Pambio, which has become very popular and is even becoming a threat for her husband’s show Crossover 101.

Now, Size 8 has released three new songs back to back, and from the look of things, she decided to take a different angle.

One of the songs is titled Bless My Way, which she has worked with celebrated dancehall gospel singer and hype man, Alemba, which is all about asking God to be with you in everything;

The song is a reminder of the promises God gave us.And as King David prayed ”May you guide my steps and light my path. May you make this your prayer every day and every night.

The second song is a worship song where Size 8 has sung entirely in English, donning a beautiful wedding gown, dubbed I Can’t Imagine, which is off her album Harusi. This is what Size 8 said about this particular song;

The presence of God is so precious and so necessary that I personally cannot imagine a world without Him. The evil in this world is to toxic one cannot survive a second without the presence of our maker.

Last but not least, Size 8 showed us another side of her talent that we didn’t know about, in her third song, by the name, Mwambie, where she reveals her rapping skills, as she emotionally sings about struggles we go through and how we should give all our troubles to him;

Jesus is here for you no matter what you are going through or what you have done. He is our saviour, healer and comforter all you need is to just give Him your burdens, repent of your sins and believe that He is the true MESSIAH. The is no situation He cannot turn around.

Well, check out the new songs below, what do you think about them? Hit or miss?

Which one is your favorite?

Gospel award winner Mercy Masika is not new in the music industry and before her 5-year hiatus, the mellow-voiced singer was famed for her hit songs, Nisamehe, and Milele.

Despite being the most sought after female musician in the country at the moment, Mercy Masika still remains humble and very modest, with a huge following and support from her fans.

Mercy Masika is not only a talented artist but also a loving wife and a caring mother of two lovely children, a daughter, and a son. Masika is married to David Muguro, who also doubles up as Mercy’s manager when it comes to matters concerning her music business.

She is at a good place in her life, with a lovely, beautiful family and a successful gospel music career as a songwriter, composer, recording and performing artist. currently riding on her two big hits: Mwema and Nikupendeze.

In respect to family, Masika took time to congratulate her fellow gospel artist, Daddy Owen, for his union to the beautiful, Faridah Wambui, and also expressed her happiness as the two cover this month’s Drum magazine. The couple looks splendid on the Drum cover as they talk about their relationship.

Mercy Masika shared the cover with this message to Daddy Owen: “Don’t they look amazing. I’m proud of them. They are a gospel family. @daddyowen and kiveti chake (his wife).”

Kambua Manundu is not only a sight to behold, she’s also a very talented singer with 3 albums to her name, not forgetting showcasing her skills on TV as a co-host for the gospel music show on Citizen TV, dubbed Rauka.

Kambua is the second born of three children of the late Professor Manundu and  Evangelist Lois Manundu, who are also the co-founders of Tabibu Ministries, which she now runs.

Kambua is happily married to businessman and Pastor Jackson Mathu, after walking down the aisle in a colourful wedding held at the Windsor Golf Hotel and Country club back in 2012. 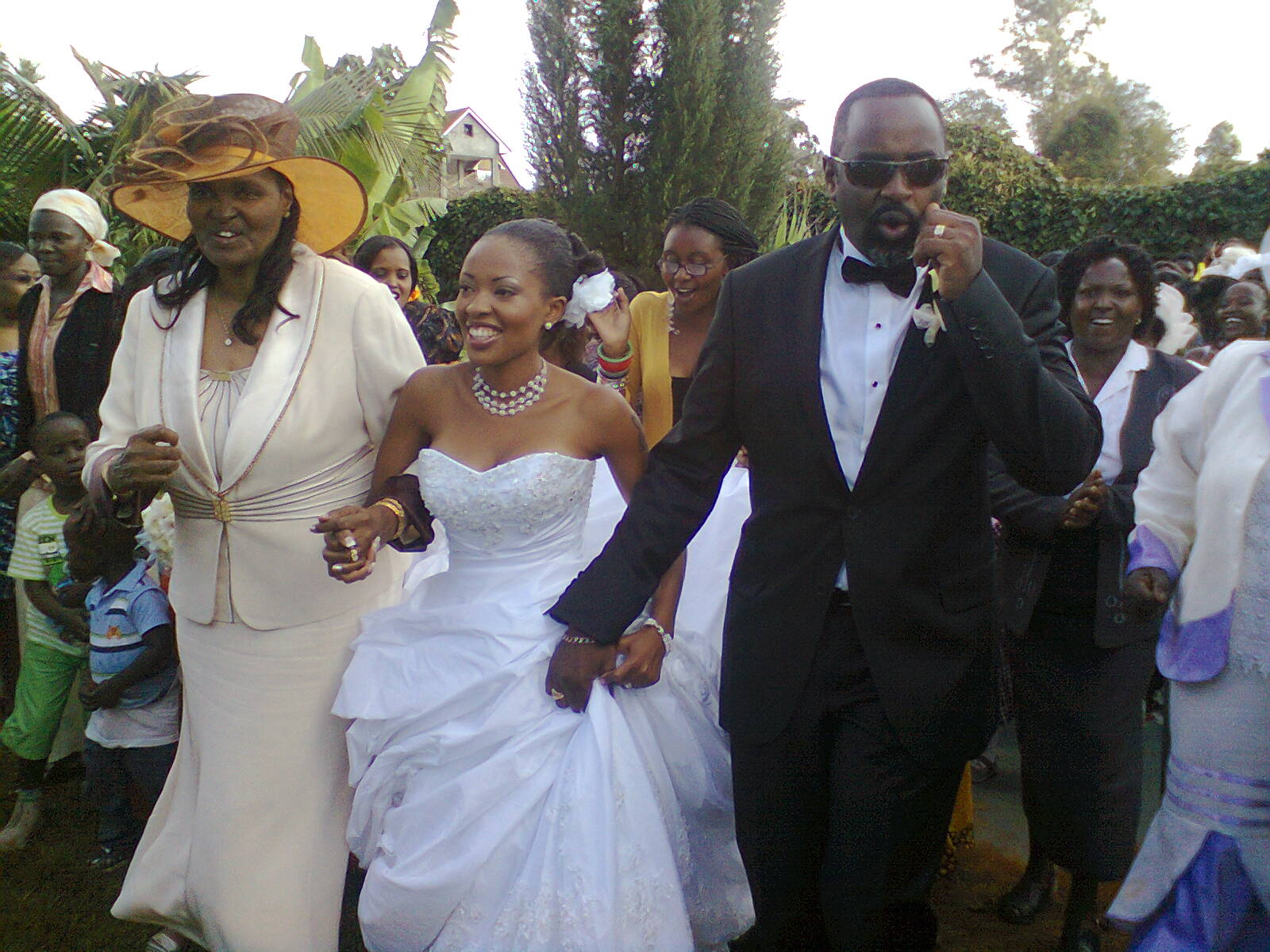 Though Kambua likes to keep her private life under wraps, she is never shy to flaunt and appreciate her husband, who is an architect by profession.

She recently shared a heart-warming photo with the love of her life, Pastor Jackson Mathu, to wish him a happy birthday with this sweet message:

Check out some photos of the lovely couple below.

Singing sensation Ringtone is one of the most popular artists in the Kenyan music scene, who is best known for his hit-songs Pamela, Talanta, Muziki Ni Dawa, Jubilation and many more.

Ringtone, real name Alex Apoko, has been off the music scene for a while now, but has returned with a new track featuring talented Tanzanian singer, Christina Shusho, dubbed ‘Tenda Wema’.

Ringtone has faced alot of controversy on several occasions. He was once accused of  allegedly forcing a woman to abort, after impregnating her.

In another case, an upcoming make-up artist accused the gospel singer of sexual harassment, saying he touched her inappropriately when he offered her a lift in his car and even borrowed Sh.500 from her to fuel the car.

Well, away from all that, it looks like Ringtone has moved on from the drama and is now focusing on his music again, although it was earlier reported that he was quitting music.

Ringtone has now taken to his social media to flaunt his new home, an expensive mansion in Karen. Who thought that gospel music  in Kenya could pay this well for one to even build such a gigantic and costly home?

He put up the photo with this caption;

Another blessing on the many more. Another day to wake up and God bcuz am breathing. Another chance to be a blessing to the undeserving and the unthinkful world. #TENDAWEMA