Ladies and gentlemen, we are officially in the era of breadwinner wives.

Women are far out earning their men, proving to be a problem in some relationships.

Yes, men and women react to money differently. Yes, they have different scripts. And yes, I think it’s important to talk about it, instead of pretending money is the same for everybody.

So what happens to the social norms when a woman earns more than her man?

A woman who bragged that she earns half a million shillings a month, narrated how she lives life happily with her jobless husband.

She spoke on the Maina and Kingangi show

I work earning half a million a month, he is jobless and wakes up to wash my car, and I expect to find house chores done when I come back home from work

We have been together for three years and I provide everything without complaining, He does house chores and it makes me happy, even when we go out I pay the bills without complaining, and he is ok with that and I respect him, he has never cheated on me and neither have I. I am a happy woman maina

Dear Classic fam, I want to hear your stories. If you earn more than your partner, does it affect your relationship? How does gender play a role in your finances?

Can you check off  your list how many African foods you have sampled? Someone on Twitter seems to have and has shared his ranking of African Food. Kenyans food, maybe ugali? is in the sixth position.

The internet had a hilarious comeback after this ranking of African foods.

Twitter users are giving their thoughts and most are unhappy

@mous_kat..
Seriously! somali food that nobody in the world knows anything about!

@MansaMusaaaa..
Senegalese food is elite, Somali not even top 5 sorry not sorry

@honeycombbebop..
What foods do NIgerian people eat? I know y’all have fufu and jollof.

@epure97..
You tripping, Sierra Leonian food ain’t even on here

@Atlaslion21..
WTFFFFFF moroccan food is the best food in the whole world

@angieBOObADD..
Must not have tried Liberian food

Are you on drugs? Were you loved as a child? Bastard child of no father! Kenyan ugali takes 4 business days to digest. Tell me how they’re ranked higher than us?

Don’t bother investing in an Apple Watch if it’s just to lose weight, according to new research.

Tracking your steps, blood pressure and cholesterol might motivate you, and give you an insight into your general wellbeing.

But researchers at the University of Florida found FitBits and other fitness wearables rarely lead to actual weight loss.

In an analysis of six studies on 1,615 people, the team found no users had any meaningful drop in cholesterol or blood pressure, and only one cohort recorded weight loss.

‘I thought that wearable devices would definitely help to lose weight, at some point, because they make people move, but apparently not.’

‘They can motivate people to avoid a sedentary lifestyle, but that does not change people’s lifestyle to be [adequately] active,’ she added.

The findings come just weeks after another study called into question the famous 10,000-steps-a-day goal.

To be a successful person in life you need to be a realistic and hardworking person to achieve your dreams. However there are some things that people do that are killing them slowly without knowing. 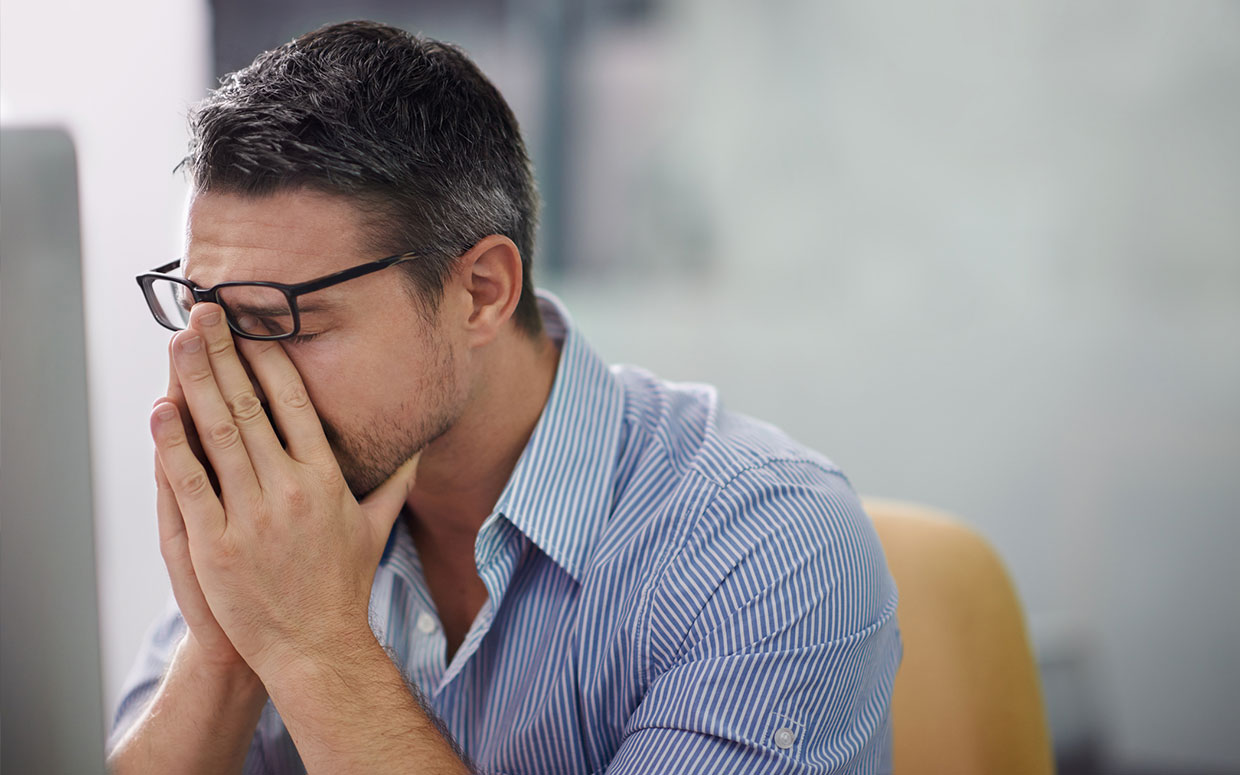 You should set goals that are realistic or easy to attain. Do not expect to buy a car the next morning without having a job. Once you set such goals and you fail to attain them, you will end up blaming yourself or even people surrounding you.

When you assume that anything can happen anytime, you will never be productive. Always be positive minded and expect the best of results. When you think of the worst, you will end up losing hope in life.

List of betting companies with renewed licenses in Kenya

Avoid being judgmental at all costs. When you develop the act of judging yourself and friends, it means it means you have negative qualities in yourself and others. You will never gain anything in life if you do not have faith in yourself.

Proud people never take correction positively because they always think they are right. When you are proud, you will be having no one to guide you, killing yourself productive wise.

When you don’t have confidence in yourself, no one will have one in you. You have to prove that you are capable of doing it so as people have faith in you.

When you complain often, it could indicate you are sad. This means that your mind is filled with negativity as you will always be opposing on anything.

REVEALED: Creative ways students use to smuggle drugs into schools

Being humble is the key to being successful. When you want to control everyone and everybody around you, you may end up making a mistake that will make you feel guilty or unworthy.

A teenager was left devastated after her hair started to fall out in clumps as she attempted to relax her locks while filming the process for a livestream beauty tutorial.

Vlogger Lori Faith, 18, from New York, opened up the horrifying experience in a new YouTube video in which she revealed that she had been left completely bald after attempting to chemically relax her own hair at home, while admitting that she was ‘stupid’ for taking such a risk with such a risky procedure.

‘I did something stupid and impulsive because I thought I knew what I was doing but I actually didn’t,’ she stated in the video.

Lori showed followers how she often dyes her hair a rainbow of colors depending on what she is feeling or her mood.

In the last three years, her hair has been dyed a rainbow of hues, including yellow, pink and blue.

So it was no surprise when the YouTuber confessed her hair was already damaged from the different chemicals she has used on her locks over the years.

But Lori’s hair took a turn for the worst after she attempted to bleach it last week in order to get rid it of the pink dye that was in it at the time, a process that she also filmed for viewers.

When that attempt to change up her hair color didn’t work, Lori decided to add blue dye into her hair to fix the color, before attempting to chemically relax her locks at home in order to make them look straighter.

She decided to livestream the attempt on her Instagram so other followers would get to see how the process is completed — that was then that disaster struck.

After admitting that she hadn’t had her hair relaxed since ‘she was a kid’, Lori went on to confess that she was ‘f***ing scared’ about the prospect of doing it herself at home, while noting that the chemicals used in the process ‘sting’.

Lori then started to mix together two formulas that are thought to be both a bleach and a relaxer, thought to be the ORS Olive Oil No-Lye Normal Hair Relaxer, an at-home formula that is intended for use on coarse and resistant hair textures.

The product also states that it contains ‘the nourishing benefits of olive oil’ and does not contain sodium hydroxide (lye), which can be incredibly harmful to the hair.

However, Lori’s decision to apparently combine the product with bleach is likely what caused her hair to begin falling out so quickly; bleach and relaxer both contain chemicals that weaken the hair shaft when used.

If you do not have sneakers and are wondering where to get inspiration from, then this is your safe space, we got you covered with only the best.

Most of the times when we talk about men shoes, we only talk about the office shoes but we are making it different today.

Here are 5 Important sneakers men should have in their closets.

When it comes to sneakers, converse should top the list.

From its comfortable feel to that flexible comfort, these are a must have in your closet.

The first converse shoes were made in 1908 as a baseball shoe which later evolved to be a fashion statement.

Back in the days, these are the shoes that went big especially on the Tennis court.

Aside from that these shoes are really stylish and classy.

6 classy shoes every lady should have in their closet – Photos

The emphasis should be that they should be pure white.

These shoes are bomb don’t you think?

The fist Air- force shoe came into the market in the 1980’s and have never left and i know they will be there for a long time.

The white is so clean you could actually just kiss it no?

The shoes were in 1980 Olympics in Los Angels which was first tried and tested.

These shoes are were actually used on the running field.

They are multi purpose and aside from being worn by women, they could be worn by men too.

5 must have pairs of shoes every man should own

These shoes were first designed in the 1980’s.

They continue to still be a trend setter in the fashion industry.

Being mildly overweight as a teenager raises the risk of heart failure in adulthood, scientists have found.

They found those who were even mildly overweight when they were 18 were more likely to develop cardiomyopathy in later life.

The findings come amid a worldwide childhood obesity crisis, with figures showing there are 340 million youngsters who are overweight or obese.

The four advantages of eating cucumbers

Obesity is known to be a risk factor for a multitude of health problems including heart disease.

Researchers at the University of Gothenburg were looking mainly to see if teenage obesity raised the risk of cardiomyopathy.

It is the general term for diseases of the heart muscle, which can make it harder for the organ to pump blood around the body.

Men who enlisted in compulsory military service between 1969 and 2005, when they were 18 or 19 years old, were analysed.

Researchers recorded figures on their height, weight and overall fitness.

Among the men in the study, 4,477 were diagnosed with cardiomyopathy at an average age of 45.5.

The men who at age 18 had a body mass index (BMI) below 20 had a low risk of going on to develop cardiomyopathy.

But the risk steadily increased as weight increased, according to the findings that were published in the journal Circulation.

Men who had a BMI of 35 and over – considered obese – were eight times more likely to develop dilated cardiomyopathy as adults.

Worldwide obesity has nearly tripled since 1975, according to the World Health Organization.

Health chiefs have long been trying to crack down on childhood obesity rates, considering children who are obese are put at a higher risk of heart conditions and diabetes at a younger age than normal.

Obese youngsters are likely to stay obese into adulthood, where long-term health problems include cancer