Cancer cases have been on the increase in Kenya,the sad fact being that it affects people of all social standings and all ages leaving families in anguish.

City tycoon Chris Kirubi recently joined millions in encouraging those battling with different types of cancer and he tweeted:

“I look forward to a day when this world will be cancer free, Lets beat cancer together”

Kirubi has been battling acute cancer of the colon. He is still under medication even as he fights to regain back his good health.

Speaking during a television interview with Jeff Koinange, Collymore divulged that by the time it was diagnosed, doctors told him he had it for 6 months.

“I went to London and they told me I had acute myeloid leukaemia- a rare kind of blood cancer that is curable.”

Kibra MP Kenneth recently opened up about his battle with stage four cancer,The admission came as a shock to many even as millions took their time to wish him good health.

God cannot give you a test that you can’t pass. This I have learnt over the last two years of being sick and adjusting to a “new normal” in my personal and public life,” Okoth said on his facebook wall.

Kevin Ombajo the CEO of Trublaq and former Capital FM employee had been battling brain cancer which left him in and out of hospitals.

Sadly he lost the battle  almost 2 years ago but before his untimely death he had under gone more than 10 surgeries with the last on e leaving him blind .

He was diagnosed with optic atrophy a condition that leaves its sufferers blind after the optic nerves dry up.

In an article dubbed ‘My journey with Prostrate Cancer’, Nyongo narrated how the diagnosis came about adding that receiving the news was not easy.

“In June, last year (2010), although I was not due for my annual medical examination until July 29 that year, I decided to have the check-up a month in advance, as I was not comfortable with the constant rise of the PSA.

The result of the medical exam revealed that the PSA was still rising; hence possibilities of cancer could no longer be ruled out. The doctor ordered a biopsy, which revealed prostate cancer that was rather aggressive in its progression.”

“The news was, no doubt, not very easy to take. My urologist decided to put me immediately on hormone therapy. This is an injection that drastically reduces the production of testosterone, a male hormone, which acts as a fertilizer for the prostate cancer cells.

When testosterone is removed or drastically reduced, the cancer cells go into shock, and some of them actually die. Hormone therapy is therefore a good emergency measure to stop the growth of the cancer while a more lasting solution is being sought.”

Photos of a sickly Chris Kirubi sent a shock wave in May this year but that is all in the past, as he is now strong and lively.

He was and still is recovering from cancer. Kenyans took to social media to compliment him on his improved health after he shared his photos at the Blue Economy Conference at KICC.

Many commened him for being a fighter.

Here are his before photos weeks after he came from overseas where he had gone for treatment.

Isn’t she gorgeous? Photos of Naiboi’s wife that will leave you envious

Here are his current photos, don’t you all agree that he is regaining his health and smile back?

Below are some of the comments

Pitts Nguru: Thank God you are looking fine. God give you strength our role model in biz and prosperity. DJ ck is back! Hallelujah

Christian Love: So good to see you back on your feet Chris. I was once worse off than you were and people wrote me off as good as dead. But I bounced back a d am not going g anywhere soon. It is almost 12 years since. God has been good to me andI love a good fight and the satisfaction of the victory thereafter. Live long Chris.

Catherine Mugo: I just love this man I thank God for you ..may you live long….I know you can’t live for ever but may you stay a stay we need you thanks

Philip Kamau:We love You. You are my hero. I personally wish you well, quick recovery, so that you give me a place to aim for

It is said that the love between a man and his cars can only be felt by those who have experienced it, thus the thirst by these men to experience that specific machine love.

It is hard to separate a man from his car and that is the reason why these men have decided to show their love by going only for the best cars in the market.

The extremes that they go to, to get custom made features in their machines is amazing but we must agree that the cars are worth every penny.

Check out 5 Kenyans whose cars can fund your whole life budget, your villages CDF and still remain with some substantial pocket change.

Former Governor for Kiambu county, William Kabogo, is known not only for his vocality but for his great  love for classy cars and motor bikes. He has on several occassions been spotted riding in them but among his collection, the Jaguar F Coupe, wins the prize. 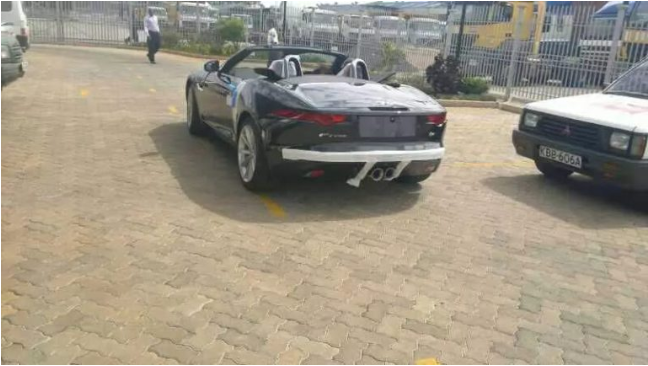 Kenyan Celebrities Whose Fashion Sense You Should Emulate

The Mombasa governor a.k.a 001 a.k.a Sultan a.k.a King of Beard Gang Joho is mostly known for his top notch sense of fashion. Ali Hassan Joho is not left behind when it comes to the cars department. The eye candy of a governor boasts of owning a 2015 Ferrari 458 Italia Convertible 26 Million worth machine.

This kind of cash is enough to fund a whole village for a few months.

Although quiet and very reserved Juma Maulid owns one of the most expensive cars in Kenya. Although he owns a fleet of other luxury machines, this particular one had him cough out a cool KSh 30.2m ( before tax and duty – meaning it is almost double that after tax). This is not even lanes my brothers and sisters, it is planes. As in P.L.A.N.E.S.

This vehicle, sorry, this monster of a machine went viral days before people found out who has bought it. We all came to find out it is owned by none other than businessman Chris Kirubi. Guys, continue with your lanes for Vitz and subarus. This other lanes are for Bentleys.

The car is estimated to be worth Sh38 million, but given the fact that he wanted it custom made it cost him more than Ksh 40 million. 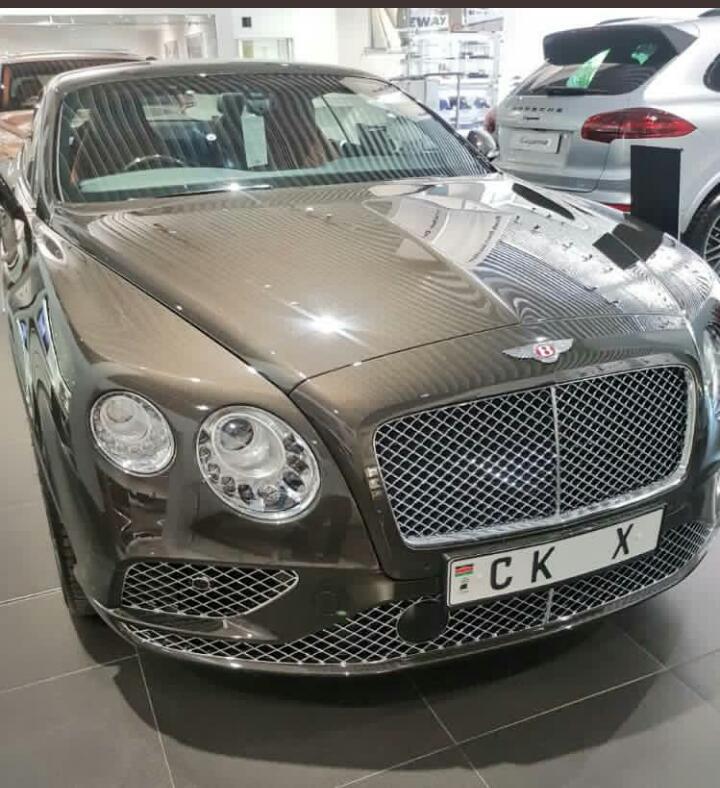 Barry Ndengeye is a known entrepreneur and the owner of a popular nightclub. He is also the owner of a lime green Rolls Royce Phantom worth Ksh 36 million after tax. He boast of an expensive car collection including a Maserati, Hummer, Range Rover, Ferrari, and Mercedes among other monster machines.

It’s been a while since business mogul Chris Kirubi was seen in public after photos of him looking sickly went viral months ago.

Well, God has been good and in a recent photo shared by Anerlisa Muigai, daughter to Keroche Industries Tabitha Muigai, Chris is looking all healthy again.

Kirubi was diagnosed with acute colon cancer for which he is being treated for.

Below are the photos of him then and now, don’t you all agree that his health has improved?

Below is the latest photo