A YouTube star who is allergic to water has revealed she can’t sweat, cry or wash herself without breaking out in painful rashes.

Niah Selway has aquagenic pruritus, which causes her body to burn for ‘hours on end’ if her skin comes into contact with water.

The 21-year-old, from Hastings, East Sussex, said the burning lasts for hours and she often passes out from exhaustion following a reaction.

She said the condition, which has no known cause and is difficult to diagnose, has even left her housebound.

When she cries, her tears bring out a painful rash, and long soaks in the bath are out of the question because they trigger burning inflammation.

Ms Selway’s organs are not affected by the disorder, meaning she is still able to drink water.

She said: ‘It doesn’t matter where the water touches me, if a drop touches my arm the pain will spread to my back and torso, sometimes to my whole body. 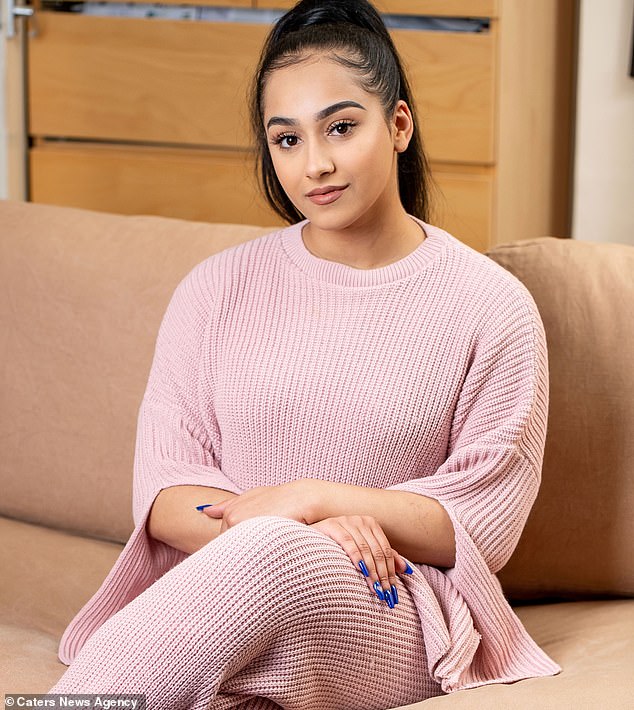 ‘When I have a bath my whole body burns for hours on end. Over time I worked out a routine, either way it’s painful but I have found ways to make it a little less traumatic.

‘For instance, I don’t wash my hair in the bath anymore, I do it separately to feel less pain.

‘There are so many things people don’t think about, such as sweat and tears.

‘Sometimes I’ll have a reaction on my body, I’ll start crying because of it and have one on my face too.’

The vlogger, who has 130,000 subscribers on YouTube, said she’s too scared to go outside in the rain because the reaction on her skin is so severe.

She’s been forced to quit her job at an insurance company while she battles the condition.

She said: ‘I am suffering in a really severe way, and no medication or treatment has had any substantial effect.

‘It is basically a disability because of the things I can no longer do. In the morning I get to the toilet and I’ll have an allergic reaction to the first thing I do.