“Take good care of our children…God will give you another husband who will love you as I did.”

These were the last words of 27-year-old Samuel Njenga from Magomano, Kipipiri, to his girlfriend Zipporah Njeri, 25, moments before he drowned himself in the swollen Malewa River on Tuesday evening.

Njeri said  on Monday evening, Njenga sent her a text message indicating he was fed up with life and the only option remaining was suicide.

This happened after she called him asking his whereabouts since he had been missing for two days.

Njeri spoke to the Star on Saturday afternoon at River Malewa where Njenga’s body is still being sought.

She said after the message, she and Njenga’s brother tried to talk sense into him but “he had made up his mind though we did not take him seriously by then.”

Njenga had disappeared with Sh8, 000 belonging to a bar operator at Jilet township in Kipipiri.

On the material Tuesday, he called Njeri, who was at her work place at Jilet Township. He requested her to meet him at Magomano near the bridge along Huhirio B road, accompanied by his brother, so that the two could accompany him to return the money to the owner. 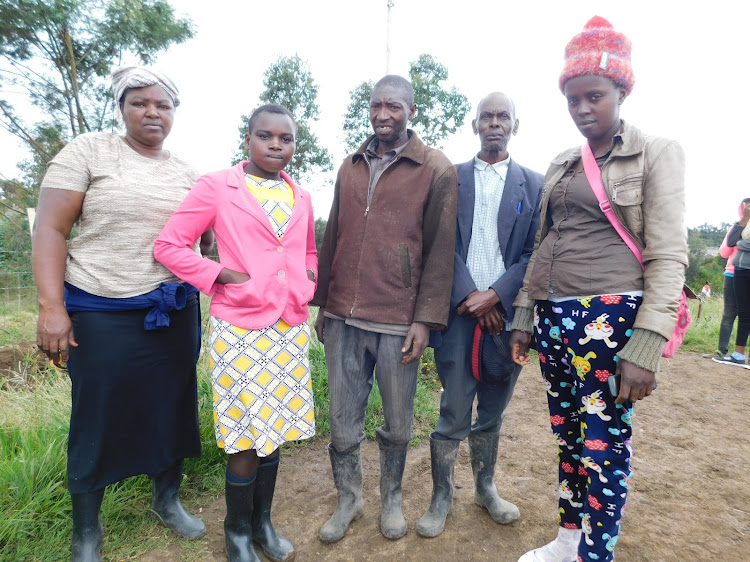 She could not find Njenga’s brother hence she went to meet him alone. As she approached the bridge she saw him leaning on the barriers and upon noticing her he went to meet her.

Together they walked back towards the river where Njenga repeatedly said he was fed up with life without revealing much.

As she approached the bridge she saw him leaning on the barriers and upon noticing her he went to meet her. Njeri said when she pressed him he told her he felt ashamed and feared going back to Jilet township since he did not know how he would explain why he went away with the money.

“I told him that was not a reason enough to take his life and insisted that instead, he could stay away for some time as things calmed down, but he insisted his end had come, “she said

A few metres to the raging river, she said, Njenga embraced and kissed her, and asked her to take care of their two children aged 7 ½ years and five, a girl and a boy. She asked him with whom will he leave her with even as she takes care of the children.

“He told me God will give me another husband who will love me just as he did.”

He then let go of her and made huge steps towards the swollen river, without looking back. It was at that moment that it dawned on Njeri that he was serious about taking his life. She ran after him and pulled him from the back pleading with him, but he insisted it was his time to die.

At some point, he appeared to calm down and she loosened her grip on his clothes intending to move in front of him so they could talk face to face. But within an instant, he shoved her to the ground, in the mud, and plunged into the raging waters which swept him away. “The incident will live to haunt me as it happened in my full sight.

“His last words will remain painful. Things will be difficult as we loved each other so much and we never fought or quarrelled,”she said.

Would you marry your spouse if you had to do it all...