A model who won Rihanna‘s beauty line Fenty praise after they left her facial scars unedited has spoken out about the crisis in Sudan.

Sudanese Aweng Chuol, 20, who was born in a refugee camp in Kenya and moved to Sydney aged 7, slammed the lack of awareness and coverage on the current Sudan crisis.

Revealing that she had been unable to return to her home country since leaving due to the civil war, Aweng highlighted the importance of spreading awareness about the shocking plight of Sudanese citizens.

On June 3 paramilitaries reportedly attacked a peaceful protest camp in Khartoum, the capital of Sudan, leaving over 100 civilians dead.

Horrific reports have emerged of internet and media blackouts, rapes, robberies and more, all said to be led by the military forces in charge – in news that has remained largely out of the spotlight.

Protesters are currently fighting for a civilian-led government after former Sudanese President Omar al-Bashir and charged with corruption.

Speaking to British Vogue, Aweng said: ‘Right after the Sudan massacre [on 3 June] happened, there was no coverage at all.

Remembering her own start in life, she said: ‘I was born in a refugee camp in Kenya. My mum made the decision to leave her home [when she was pregnant with me] because of the civil war. 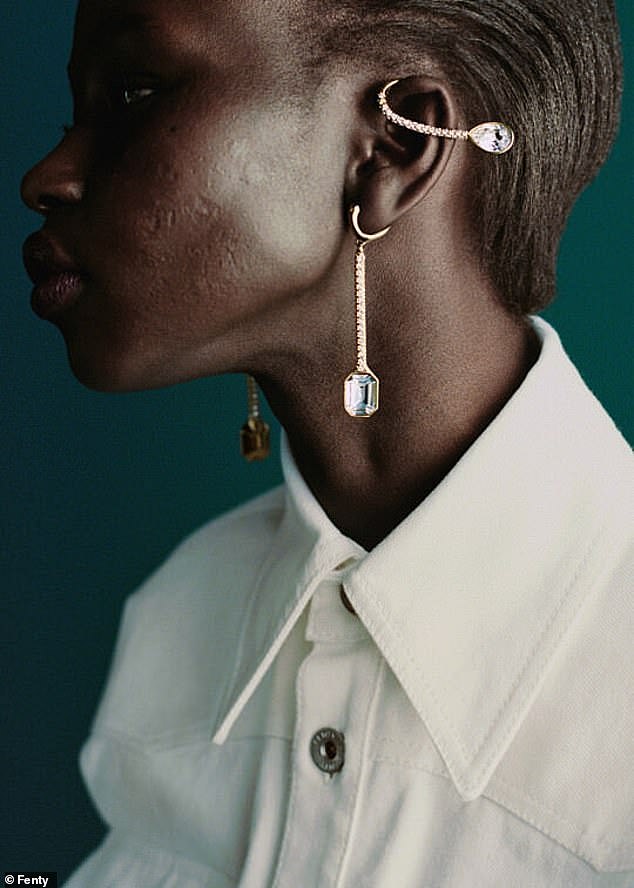 ‘It was like ‘You have two days to leave the country or you’re going to die.’ I don’t know my home; I’ve never been [able to return]. ‘

She was first scouted while she was working in a Sydney McDonald’s aged just 16, but fearing that she was too young to enter the industry, she didn’t take up the offer until she was scouted again aged 18.

The Fenty model has become famous for her facial scars, and recently revealed she got them due to her ‘adventurous streak’, climbing trees and chasing chickens in the refugee camp she grew up in.

Aweng’s unique look is also down to genetic condition ‘Schmid-Fraccaro’, which causes the whites  of her eyes to from grey to brown depending on what climate she’s in.

And while she may not be able to return to Sudan, she will be flying to Kenya next month to visit a refugee camp similar to the one she grew up in.