So Heart-Warming! Away From Politics, This Is How Raila Odinga Spends His Time (Photos)

Raila Amolo Odinga is not only a politician but a loving husband to Idah Odinga, a father to four children; the late Fidel, Rosemary, Raila Jr. and Winnie and also a grandfather.

Many people are used to seeing the Cord leader as a politician, but yesterday he shared rare photos while spending quality time with his grand-daughter, Baby Senayi.

The special moment happened when Senayi paid Raila Odinga a surprise visit at his Capitol Hill offices, as she sat on his laps while scribbling words on a sticky note with a pencil.

From the photos, Raila looks excited and thrilled to have his grand-daughter around, a side many of us are not used to seeing with the opposition leader.

He shared the heart-warming photos with this short caption: “Special moments with my grand-daughter Senayi who paid me a surprise visit in the office today.” 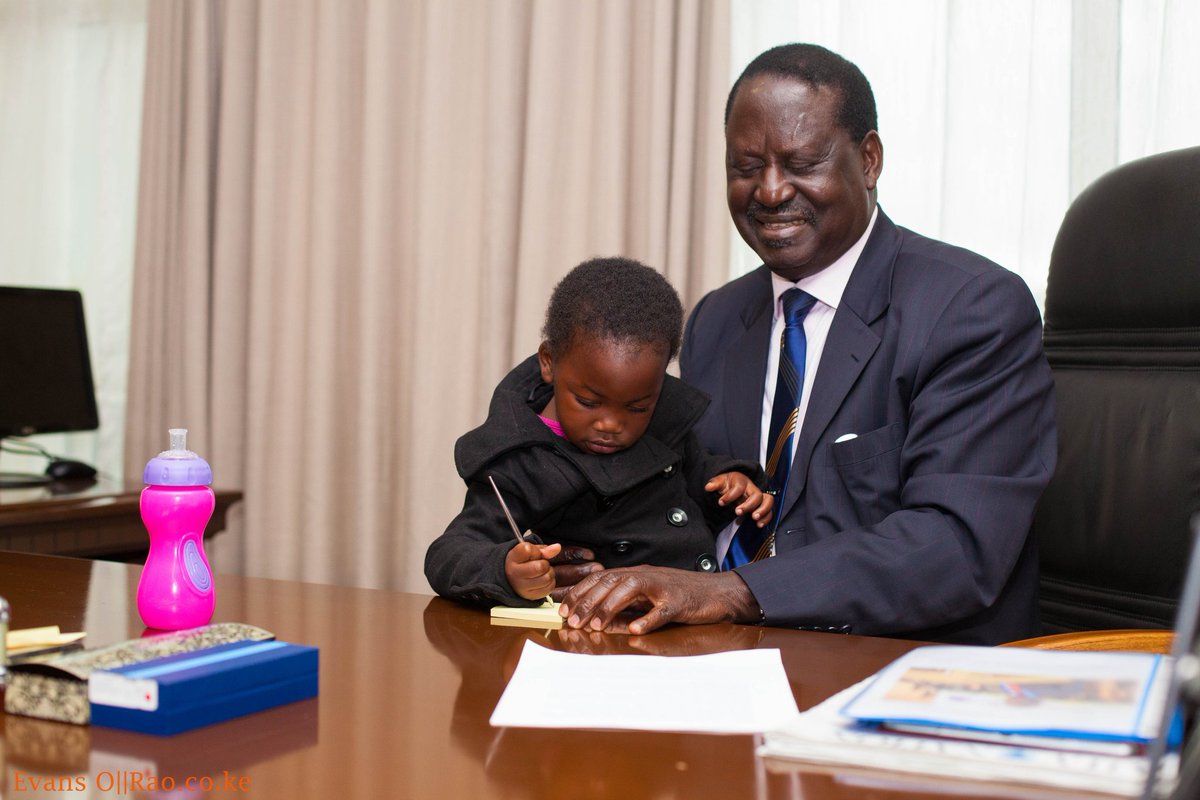 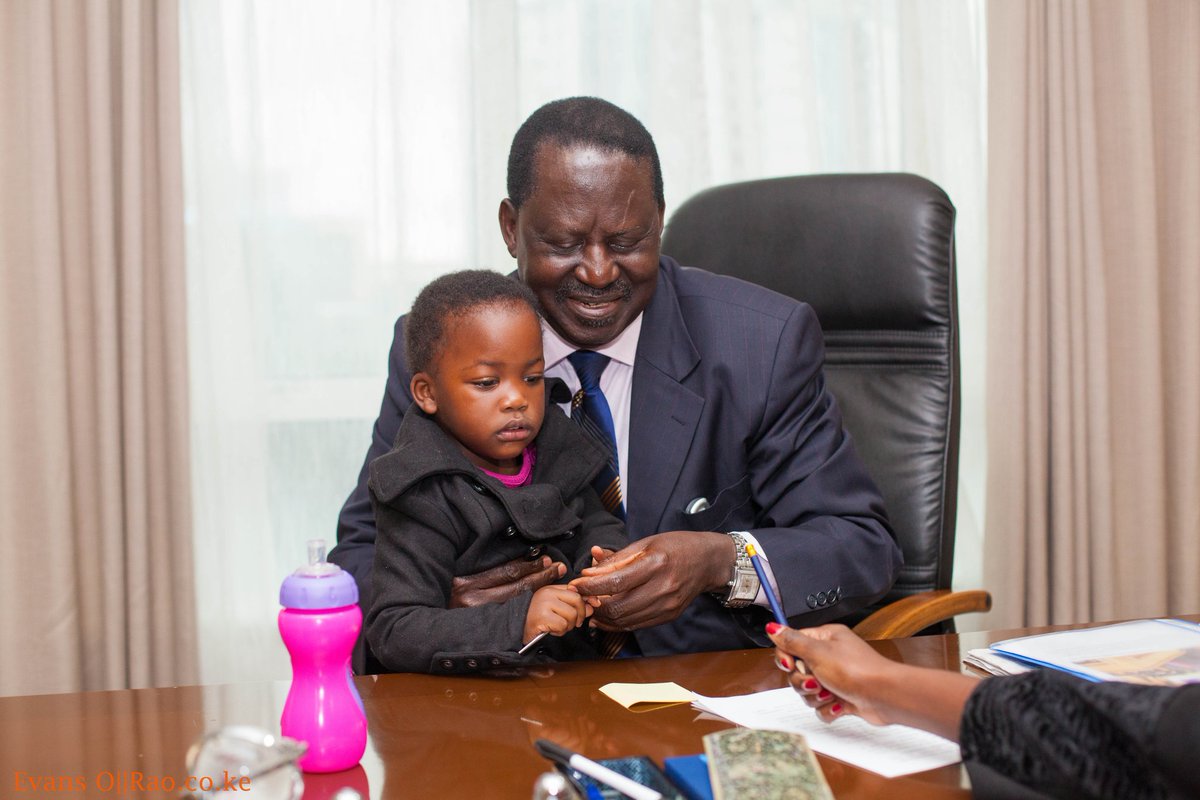 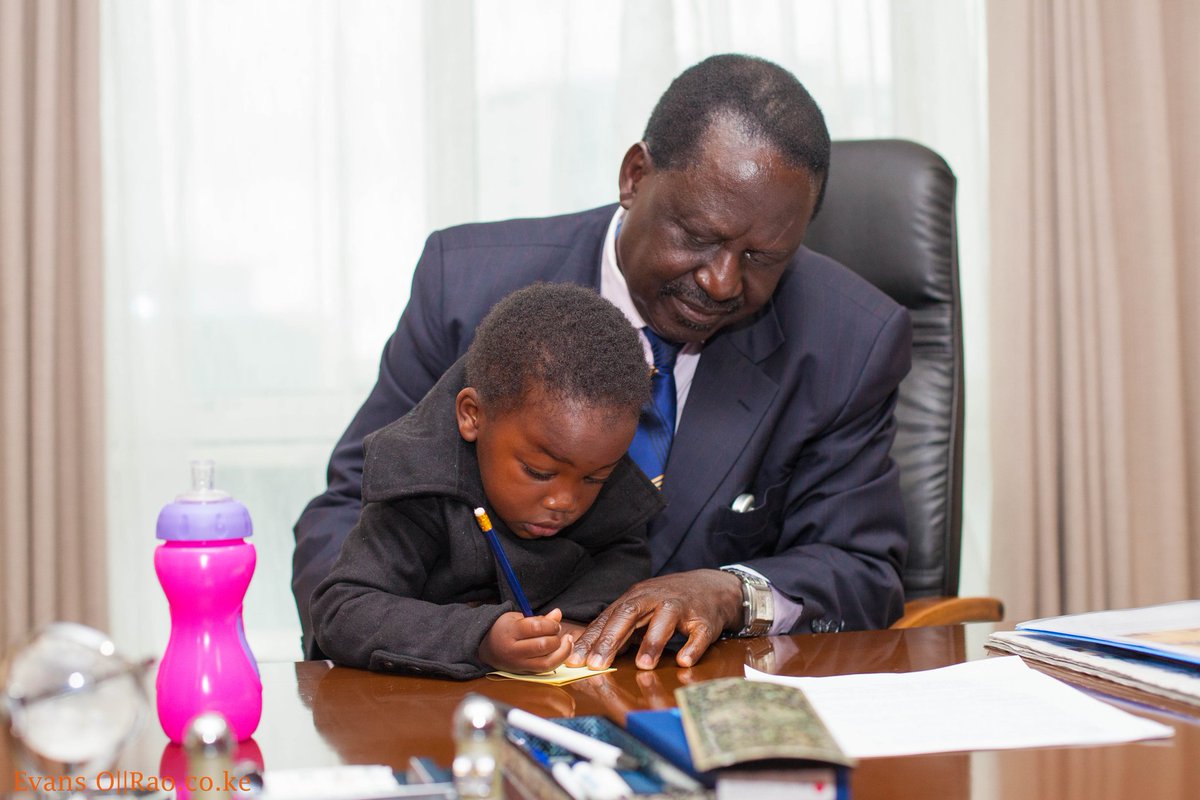 Special moments with my grand-daughter Senayi who paid me a surprise visit in the office today. pic.twitter.com/21DHtNtEnU

Raila says he only lost the 1997 elections

Kalonzo cautions against targeting Somalis in war on terror