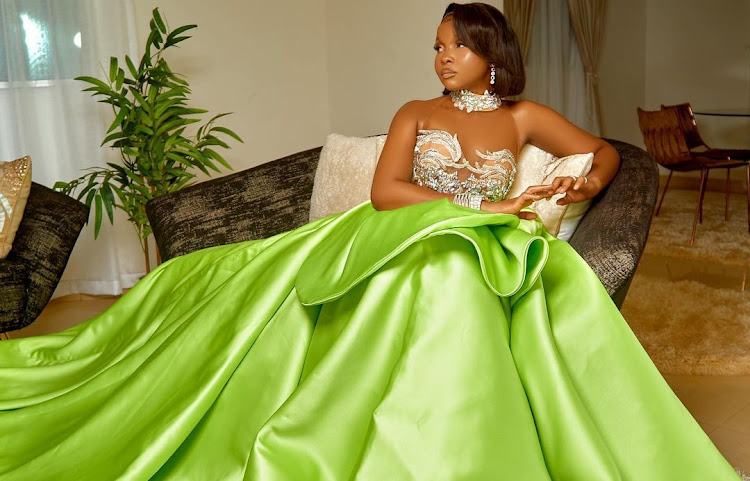 Taarab singer Khadija Kopa, mother to bongo flava singer Zuchu has revealed that she cancelled her own new year's show so she could join Zuchu and Diamond on their end year show which was dubbed 'Cheers.'

In an interview with Wasafi media, Mama Zuchu said;

"I had been invited to perform at a show in Tabora and I had been paid full. Zuchu called and asked me to give her details of the show organisers, so that she can return their money, so that I'm able to perform at her show with Diamond Platnumz."

"I was excited. If they wouldn't invite me, I wouldn't feel bad but I would think they've forgotten all about me. I am happy that they remembered me."

But it seems Mama Zuchu has accepted the fact that Zuchu chose Diamond for a partner. Previously, the taarab star denied knowing of her daughter's relationship with the WCB CEO.

"I can't force things, why should I bless them yet they have not asked me to? All I wish for my daughter is that she gets a good man who will love her and they live happily.

And one who fulfills her dream. Diamond is not my son-in-law to be since he has not come to pay any dowry for my daughter."

Kopa said Diamond has never gone to introduce himself as her son-in-law.

"Siwezikumpelekea mtu moja kwa moja wakati hajaja kutoa posa kwangu wala hajajitambulisha kwangu kama yeye ni mkwe wangu," (I can't look at a person and say they are my in-law if they haven't come to introduce themselves to me as my in-law or paid any dowry to proof that)

In a recent interview, she denied ever seeing the viral kissing videos of the two lovers.

( I don't know anything about her relationship. I didn't see the videos and I only heard people talking about them)

She added that she is ready to receive any man Zuchu brings home.

(She's a woman like any other, if a man comes, she'll get married to him. Marriage is a good thing because we love weddings than fornication)

The mom of Tanzanian musician Diamond Platnumz, Sanura Kassim aka Mama Dangote seems to have a good relationship with her alleged future ...
Relationships
1 month ago

Zuchu reveals the trait that made her fall for Diamond