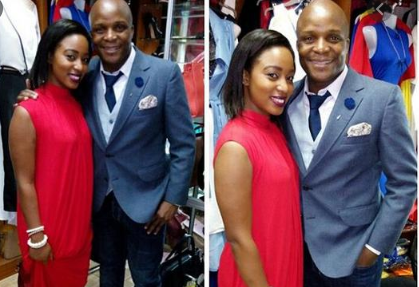 Rapper Diana Marua was in the news over the last couple of days after confessing in a video that she dated multiple men simultaneously.

In the old video that resurfaced online on Thursday, November 17, Diana is heard defending her actions.

She also spoke about being a side chick to a married man. One of the men that has been listed as the possible married man was Lang'ata MP, Jalang'o.

The comedian and former radio presenter has now spoken out about it.

In an interview on Saturday, November 19, Jalango denied being linked to Marua. He told Mungai Eve on her YouTube channel that;

"I didn't see, I didn't even know Diana was trending until a friend of mine showed me a photo. I remember that photo must have been taken more than 15 years ago when my friend used to have a boutique at Jamia Mosque. and Diana had come in to buy clothes. I think she was a superstar. Diana was a superstar throughout. We took a photo with her and saw Ghafla write and put my photo, with very funny captions, it's so sad."

"And it really hurts when you just write things without knowing what somebody is going through," he said.

This caused a sensation online, with KOT releasing pictures of Diana with various men, with the mom of 3 then distancing herself from the vile insinuations.

Tanasha Donna has never been dumped

Tanasha Donna said in an Instagram live session she held last night that she has never been dumped and that she is always the one to
Latest
1 week ago
na Maureen Waruinge
Relationships
19 November 2022 - 15:18