Private pictures of Prince Harry and Meghan Markle’s wedding have leaked online after their official photographer’s computer was hacked.

Snaps taken by aristocrat Alexi Lubomirski have started to appear on sites including Instagram and Twitter, following their wedding at Windsor Castle in May last year.

The incident has caused quite a stir at Kensington Palace, with officials reportedly launching an immediate probe to shut down the wedding pictures leak. 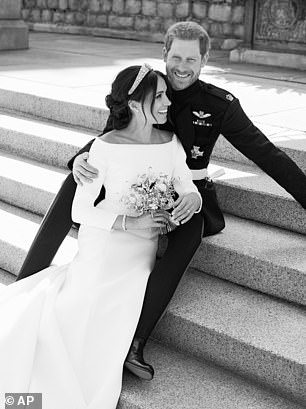 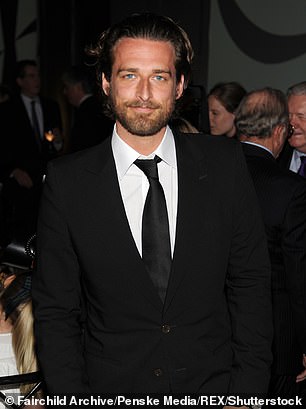 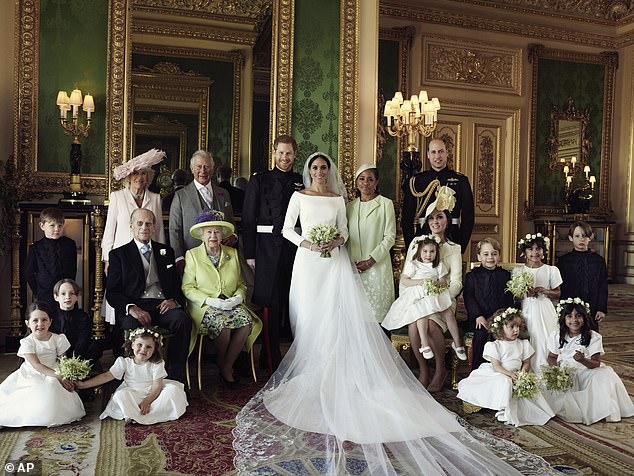 The 43-year-old, a fashion and celebrity photographer who lives in New York, has previously snapped the likes of Natalie Portman, Jennifer Lopez and Scarlett Johansson.

He was alerted after his images were stolen by hackers, some of which included those of Harry and Meghan on their wedding day.

Mr Lubomirski also took the couple’s engagement photographs in December 2017. One of which is pictured here

They are said to include some which show Harry, 34, hugging Meghan, 37, with his eyes closed.

She is seen beaming for the camera in the picture.

Buckingham Palace and Mr Lubomirski’s agent have so far declined to comment.

At the time, Mr Lubomirski – who has previously worked with photographer Mario Testino, a favourite of Prince William and Princess Diana – described taking the pictures in Berkshire as ‘an incredible honour’.

And when he was announced as the official wedding photographer, said: ‘I could not be more thrilled or honoured to photograph this historic occasion.

‘Having taken Prince Harry and Ms Markle’s engagement photos, it brings me such joy to be able to witness again, the next chapter in this wonderful love story.’

And speaking after the event, he said: ‘It has been an incredible honour and privilege to document The Duke and Duchess of Sussex’s inspiring journey of love, hope and family; from the engagement photos, all the way through to the official wedding and family portraits on Saturday. This has been a beautiful chapter in my career and life, that I will happily never forget’. 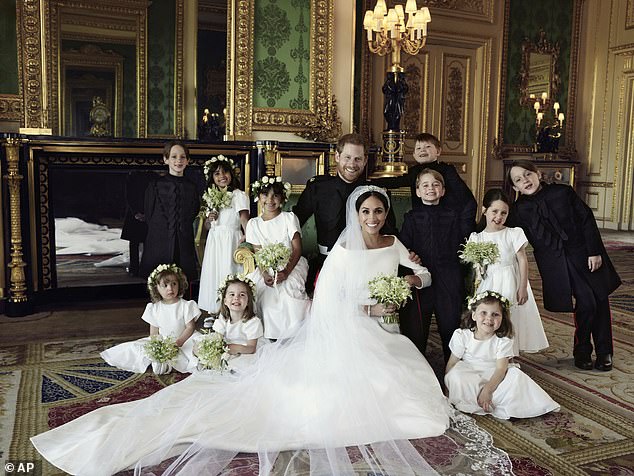 The photographer has the title His Serene Highness Prince Alexi Lubomirski.

He is descended from an influential Polish family who received the hereditary title of prince of the Holy Roman Empire from Emperor Ferdinand III in the 17th century.

Mr Lubomirski, who was born in England but now lives in New York, was given his first camera aged 11 by his stepfather.

The hack comes just as Meghan is expected to make her first public appearance following the birth of her son Archie – at Trooping the Colour in London.

It has been suggested the new mother might join her husband Prince Harry and other senior royals including the Duke and Duchess of Cambridge for the event marking the Queen’s official birthday.

If she does, Meghan will be following the lead of sister-in-law Kate, 36, who made an appearance at last year’s ceremony despite being on maternity leave with Louis.

The Duchess of Sussex carried out her last official engagements in March.

Royalty: Photos of hospital where Meghan Markle delivered her baby