A local  politician has banned his wife from attending gym sessions after photos of a male ‘Fisi’ instructor where the wife works out went viral.

The politician could not fathom the thought of the said trainer  instructing his woman for the fear that it might turn into something more  steamy. 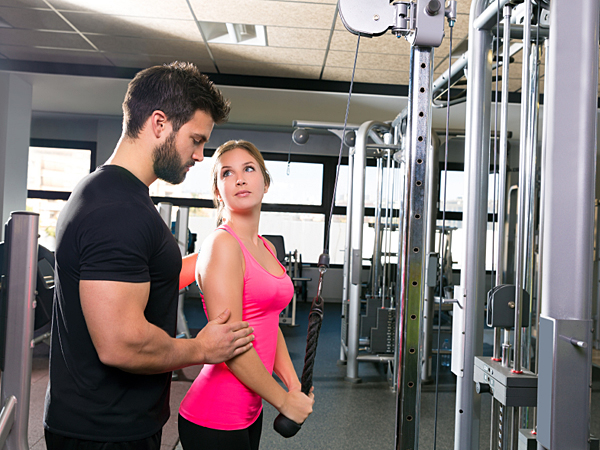 According to The Nairobian the protective hubby decided to put a curfew on his woman not to go to the said gym just to be on the safe side lest he ends up single.

Social media was last week rife with claims that the instructor was offering ‘other services’ to rich women at the gym.

So good was the instructor that women begged to be assigned to them.

And now, after the revelations, the facility has witnessed mass exodus of married women and with it, profits.

Oh No Not Again! Matatu crew push out female passenger from moving PSV

The owners are contemplating firing the instructor to mitigate the exodus.

Some mangers however want to keep him since he has a way of attracting and retaining female customers which is good for their business.

The politician has warned his wife never to set foot in the gym again.

Cases of gym instructors ‘eating’ female clients have been on the rise in the near past, forcing men to accompany their wives and girlfriends to the gyms.

Ladies: Here are styles that can hide that broken hair line

“I am determined to kill this guy and go to jail” Heartbroken...