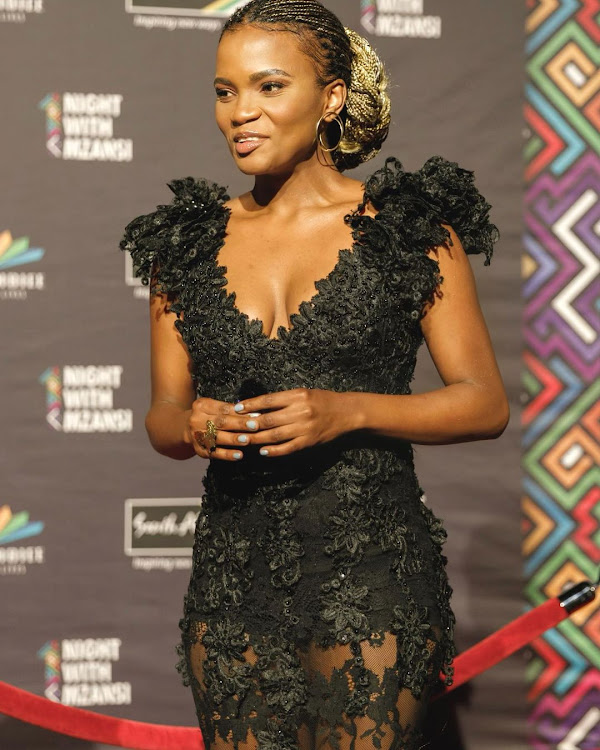 Amanda Faku aka Ami Faku, the South African singer and songwriter is set to headline the upcoming Drip Fest at the Waterfront Karen.

The event that showcases and highlights the richness of Urban culture through Fashion, Art, and Music is being organized by Radio Africa Events.

Drip Fest is a place where you come out with that African-inspired swag to play as we vibe and dance to only the hottest music performed by Mega Stars from around the continent.

This time around, Faku will be holding it down- ensuring that partygoers have a good time at the venue. Also on the list of performers are Suraj, Sultan, and Big Nyagz.

Ami Faku isn't a new name in the entertainment scene as she has been touring the world to entertain her fans and at the same time creating a new fan base.

Faku rose to fame as a contestant on The Voice SA season 2 in 2017 and began getting recognition in the music industry after her hit single, ‘Ubuhle Bakho’ was featured on Uzalo when it was Mangcobo’s entrance song on her wedding on the telenovela.

Following her success on The Voice SA, she launched her debut single titled "Ndikhethe Wena".

The award-winning singer has collaborated with various artistes since joining the music industry – making her a darling to many as she always gains new fans through these collaborations.

She has worked with the likes of DJ Maphorisa, Emtee, Kabza de small, Sha Sha, and DJ Prince Kaybee, among others.

She will be banking on her experience in the game to entertain the Nairobi Crowd on Saturday, 10th December 2022.

Radio Africa events put up a series of posts announcing that Ami Faku is the perfect choice for the upcoming Drip Fest and fans are in agreement.

“The cat’s out of the bag 😃 The undeniably talented @ami_faku is coming to Kenya. Whoop!

“Save the date, Saturday 10th Dec 2022, and come ready to have an amazing time!,” read a tweet from Radio Africa Events.

Tickets for the event are available at www.tokea.com. Advance Tickets are going for Sh1000, Group of 5 at Sh4500 and Sh1500 at the gate, so purchase your ticket and let's meet at the Waterfront Karen for Drip Fest.

Drip Fest by Radio Africa Events is a Festival where Vanity is Allowed!

Blessing Lung'aho and Jackie Matubia, have given an explanation for their decision to arrive at the Wakanda Forever II premiere "poorly clothed."
Latest
1 week ago

Kate Actress has revealed that she reversed the weight loss procedure she had opted for after it went against her wish.
Latest
1 week ago
na DENNIS MILIMO
Lifestyle
18 November 2022 - 13:41