She had inspired a French film and received UNESCO recognition. Pricilla loved telling stories to her classmates under trees near the playing fields 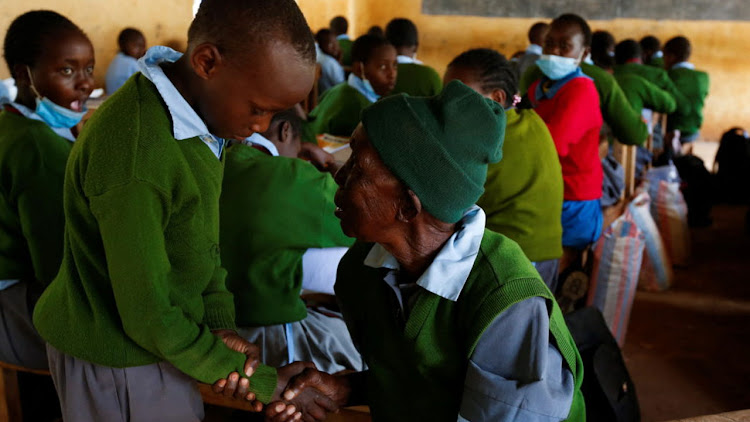 “She has been in good health and attending her classes until three days to her demise when she developed chest pains, which forced her out of school,” her grandson told a local newspaper.

“We are thankful for the 100 years of her life. She made all of us proud.”

She was honored by UNESCO and served as the inspiration for the French movie Gogo. Her efforts were captured in the French movie, which followed her first flight last year to France, where she met Brigitte Macron, the First Lady of the nation.

In the Kalenjin language, gogo is the word for grandmother. She was remembered on Thursday by the co-writer of the movie, Patrick Pessis, who tweeted: "Her message about girls' education lives on."

Granny Pricilla stated in an interview with UNESCO conducted last year that she wanted to encourage young mothers in Kenya to continue their education after having children rather than abandoning it out of embarrassment or concern for social stigma.

UNESCO praised her as "a role model for her community and beyond" when she convinced the headmaster of the local school in her hamlet to admit her at the age of 94.

She attended Leaders Vision Preparatory School as a student. Pricilla delighted to share her knowledge of local traditions with her students while sitting under a tree near the playground.

“I wanted to show an example not only to them but to other girls around the world who are not in school,” she said.

“Without education, there will be no difference between you and a chicken."

“Education is your future. Education remains in your head forever and you cannot lose it once you have it.”

She remains the record holder for the oldest primary school pupil in the Guinness Book of Records.

The eight stadiums hosting the World Cup in Qatar will not sell alcohol, according to Fifa. Despite the fact that alcohol sales are legally prohibited
Lifestyle
1 week ago