He was recently inducted into the Fiji Hall of Fame for his exploits and service to the game. 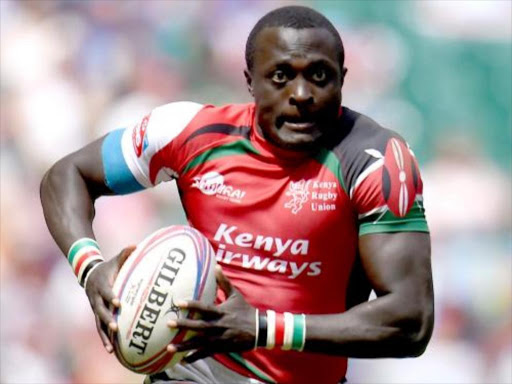 In a statement on Tuesday, the country's top Sevens scorer and second on the world stage with 279 tries called it a day.

The man affectionately known as Papa Locole or Chuchu has played a pivotal role in the popularity of the game since making his debut in 2006 and was the top scorer in the 2008-2009 World Sevens Series with 42 tries.

He played a key role alongside his brother Humphrey Kayange and Andrew Amonde when Shujaa bagged the Singapore Sevens crown in 2016.

He was recently inducted into the Fiji Hall of Fame for his exploits and service to the game.

In his farewell statement, Injera said: "Everything must come to an end someday.  I have always said I will know it’s time because my body will tell me. And for the past few months, it has really ‘spoken’ to me so, finally, I have decided to listen to it."

He added: “As hard as this is for me, after 17 years of literal blood, sweat and tears, it’s time to step away from this great game that has given me so much more than I could ever ask for. Thank you, Lord, for giving me the strength, opportunities and protection to be able to play the game I really love for this long."

"To my wife, Chebet and my kids Chloe, Clyde, and Carl, thank you very much for all the love, support and understanding you have given me all these years.

"Those days, weeks, and sometimes months that you have endured without my presence as I was busy chasing my dream across the globe are finally over.

"It's now time for me to spend much-needed quality time with you. Thank you, mum, dad and Linda, for all the prayers, advice, and support."

Raila to critics: I am going nowhere!

Prominent politician Raila Odinga has dismissed calls asking him to retire from politics.The ODM leader has now appealed to his Luo community to ...
Latest
1 month ago
Latest
24 January 2023 - 12:31