'It was self defense' Jose Chameleone on beating boda boda rider 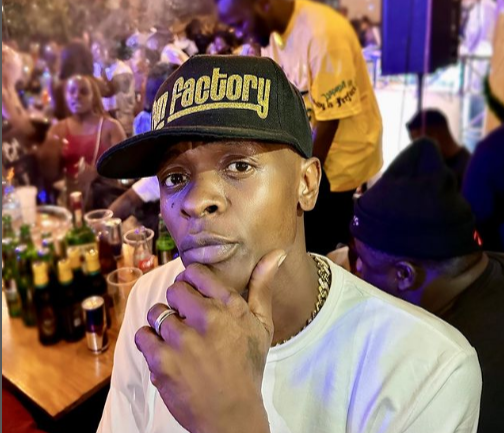 Joseph Mayanja aka Jose Chameleome has responded to a viral video that shows him beating up a Boda Boda rider.

The singer admitted that the incident happened and it was his self-defense.

In a statement, Chameleone through his publicist said;

On the morning of Thursday 17th November, an uncomfortable incident involving a Boda Boda rider and Jose Chameleon escalated as Chameleone was driving back to his home in Seguku when a reckless rider rammed into his Range Rover leaving the left side of it scratched.

Chameleon could have ignored, the incident if not for the verbal Insults and threats of physical assault that came from the rider.

The seen incident was in self-defense as the charged Boda boda rider tried to approach.

The incident is regrettable and could have been avoided. Similar incidents will be handled better going forward. 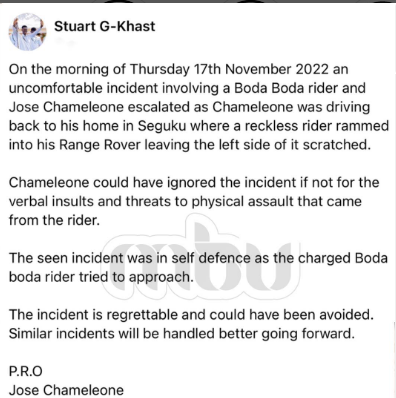 Breakdown of the 2022 KCSE results as announced by CS Machogu