The co-anchors both married their spouces in 2010. 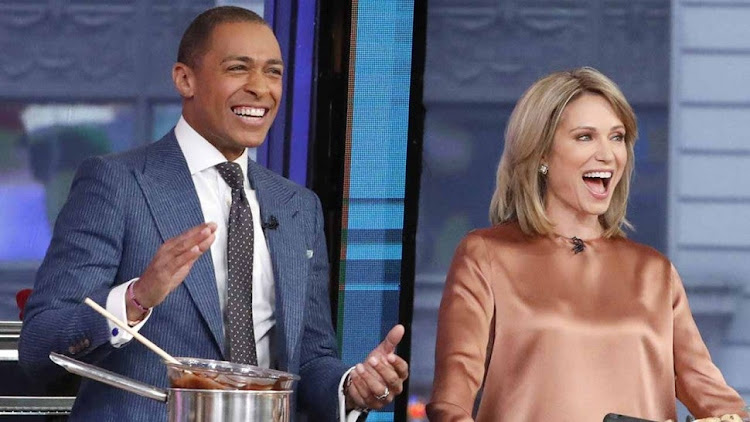 Good Morning America (GMA) anchors T.J. Holmes and Amy Robach are reported to have had an affair that has allegedly ended each one's marriage.

Page Six reports that they have been dating for over a month now.

“They have a very cozy relationship on air, but that is what is expected. But they were very careful behind the scenes to keep their affair secret. The producers at ‘GMA’ are shocked to hear they are having an affair.”

The two have also been photographed holding hands and at one point, Holmes was touching Amy's behind.

Dailymail reported that  'Everyone knows that Amy and T.J. have been close friends for a long time now, running together and even socializing as a foursome with each other's spouses.'

Holme's wife Marilee Fiebig and Robach's husband Shue have both left their spouses over the affair.

The two started working together two years ago.

Dailymail's source told the website that "She was giggling at whatever he was saying, and they were looking at each other's phones. At one point she was kind of dancing in her chair to the music and laughing so hard she practically fell into his lap."

The co-anchors both married their spouses in 2010.

T.J. Holmes shares a daughter with his wife while Amy Robach has two daughters from her first marriage.

This is approximately Ksh 5,250,643 for a collabo with the Tanzanian singer
Latest
2 months ago

Gastric bypass is surgery that helps you lose weight by changing how your small intestine handle the food you eat
Latest
2 months ago
na Elizabeth Musyimi Reporter
Latest
01 December 2022 - 13:41