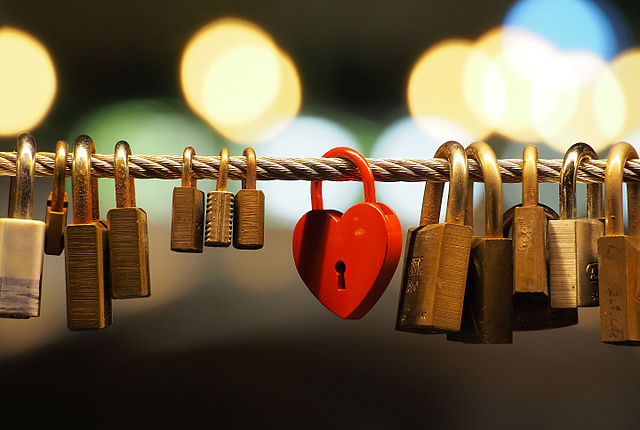 In-law relationships hold the potential for mutual appreciation, joy and even love – in theory, people gain a whole new family and, with it, access to a wider support network.

Most people don’t start off expecting to hate their in-laws; 2012 research from Purdue University, US, showed the vast majority of couples go into their marriages anticipating positive ties.

Yet a potent mix of patriarchal traditions, media tropes and characters in pop culture also popularize the idea that in-law relationships will be tense at best, toxic at worst – especially among women.

For instance, one needn’t look far to find a rich set of diabolical in-law characters. In Hamlet, Gertrude’s brother-in-law kills her husband, then lies to her to gain her hand in marriage.

In the Meet The Parents film series, Robert DeNiro’s character uses his ex-CIA skills to uncover dirt on his daughter’s fiancé (and that’s the least of it).

The trope is particularly potent on television: in the Sopranos, Livia Soprano estranges her daughter-in-law Carmela from her own parents; the Simpsons sees Marge’s sisters Patty and Selma at constant odds with Homer Simpson; and Debra Barone and her mother-in-law Marie in Everybody Loves Raymondveer cyclically between niggling combat and genuine affection.

Real-life examples of tricky in-laws bombard us, too, as evidenced by numerous reports on Zayn Malik’s rocky relationship with mother-in-law Yolanda Hadid, or Victoria Beckham’s purported feud with son Brooklyn’s wife, Nicola Peltz. The media’s thirst for woman-on-woman conflict takes a particularly dark sway, adding ballast to the looming figure of the monster-in-law in culture.

These representations serve to feed the assumption that in-law conflict is normal.

And indeed, say experts, there are both well-founded historical reasons for these beliefs as well as particular flashpoints today – both events and life stages – that are known to fan the flames of in-law conflict, making stereotypically bad relationships very real for some. 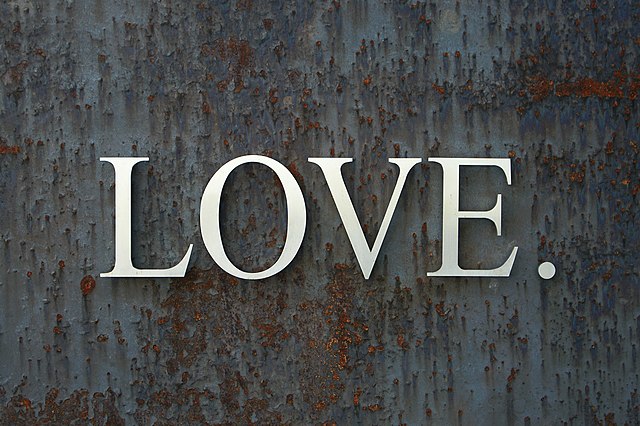 Part of the reason that navigating in-law relationships can be tricky is the fact that there is no rulebook for them. For example, it’s not clear how close people should live to their in-laws, how often couples see them and what responsibilities they might shoulder.

Gretchen Perry, professor at the University of Canterbury, New Zealand, and co-author of the paper In-Law Relationships in Evolutionary Perspective: The Good, the Bad, and the Ugly, points out that there won’t necessarily be shared beliefs and mutual understanding. While people might have friction with their own families, she says, “it’s more likely you’re going to agree and have common interests with them”, while there might be “less of an overlap in common agreement” with in-laws.

The historic formation of heterosexual family structures may be partly responsible for creating an environment of tension with in-laws, and form the basis of the trope of the meddling mother-in-law specifically. In some patrilineal societies, parents choose who their child marries, and once married, the daughter-in-law moves in with her husband’s family.

As the senior woman of the household in these arrangements, the mother is in charge of the domestic sphere, and gains higher social status and decision-making authority over her daughter-in-law. “It’s a precarious environment because the new wife is separated from their family of origin and those who may be more protective of her,” says Perry. “Depending on the nature of that circumstance, it can be a difficult, controlling environment, with a lot of conflict.” So, experts say the omnipresent trope of the meddling mother-in-law is partly a hangover from this set-up, where a daughter-in-law is under the thumb of a matriarch.

Today, these kinds of living arrangements are far less common, but statistics still support the belief that a woman and her mother-in-law are more likely to clash than male members of the family.

In a US study from 2022, both men and women reported having more conflict with their mothers-in-law than their mothers, and mothers indicated having more conflict with their daughters-in-law than their daughters. Terri Apter, a psychologist and senior tutor at Newnham College, Cambridge University, who conducted more than two decades of research, and published in a book in 2008, found that 60% of women admitted the relationship with their female in-law caused them long-term unhappiness and stress. Two-thirds of daughters-in-law believed that their husband's mother frequently exhibited jealous, maternal love towards their son. Seventy-five percent of couples reported having problems with an in-law, but only 15% of mother-in-law/son-in-law relationships were described as tense.

One factor that could contribute to the prevalence of female in-law tension is child-rearing, and its disproportionate impact on women, which could potentially compound any pre-existing conflict.

In a Finnish study, researchers found that compared to child-free couples, mothers and fathers were as likely to report conflict with their own parents, but more likely to report individual conflict with their in-laws. Many young adults found in-law conflict increased after the birth of their first child, with the shared interest of a grandchild providing fresh reasons for grandparents to “influence and interfere in the lives of other family members”.

During the early child-rearing period, new mothers and their mothers-in-law may well have more frequent contact than before.

“When pregnant, breastfeeding and caring for a young baby, mothers are faced with a challenging time and need extra support,” explains Perry. Although a new mother’s partner and father-in-law can help, it’s often her own mother and mother-in-law who provide the most robust support.

Plus, child-rearing is an emotive topic that comes with a plethora of generational differences. With a mother-in-law expecting to have her grandchild raised one way, and an exhausted mother adamant about doing some things differently, the conditions are ripe for disagreements.

Helping a mother through the early months of parenthood is just the beginning of the grandparental care journey, however. More so than grandfathers, it is grandmothers who often cover gaps in childcare, which can result in their own work hours being curtailed and a drop in earnings potential. Yet more help does not necessarily equate to better ties. The Finnish study found that the more grandchild care a paternal grandmother performs, the more likely a daughter-in-law is to report some form of conflict - the rule of thumb being, the more involved they are in each other’s lives, the more opportunities there are for friction.

While the mother-in-law to daughter-in-law link is surely the most complex, all in-law relationships come under tension as couples move through life together. The most frequent intra-familial flashpoints are religious celebrations and holidays. “If both sets of in-laws are adamant that you’re all going to theirs for Christmas, you’re going to have a problem,” says Martin Daly, a professor of psychology, neuroscience and behaviour at McMaster University, Canada and co-author of In-Law Relationships in Evolutionary Perspective. “Occasions like Christmas are a major point of conflict, because it’s where people are expected to be together.”

Thrown together for an extended period of time, without sufficient room for autonomous behaviours, families come up against the phenomenon of ‘hypercopresence,’ which can happen with any interaction involving forced closeness – holiday gatherings included. Melanie Booth-Butterfield, a professor of communication studies at West Virginia University, US, who is writing a book on the topic, says that the negative effects can be long-lasting. “Hypercopresence can result in conflicts with relatives, angry words that cannot be taken back, and cold, rude nonverbal behaviours which leave lasting impressions,” she explains.

Plus, holidays are when families carry out much-anticipated traditions and rituals, which research shows makes them feel closer and increases people’s enjoyment of these occasions. However, each family’s traditions might be different – and when in-laws diverge from our beloved rituals and traditions (or vice versa), tensions can flare.

There are other common points of conflict, says Perry, including potentially different opinions on how much time, including holidays, that you spend together, how children are raised, how money is spent, whether money is borrowed and so on. Indeed, a 2016 survey by digital lifestyle brand Fatherly showed that of those couples who do argue with their in-laws, 29% said it was about parenting style, followed by 15% who brought up politics, 14% said money and 4% said their in-laws needled them about career success.

Perry believes that building positive in-law relations can depend on how much people rely on extended families as they move through life. Tensions may occur when couples can’t afford to live independently, grandparents shoulder more childcare responsibilities and adults take on the care of their parents as they age. “If social constraints and financial shortfall mean that people need to care for each other more, and spend more time in each other’s business, the conflict may increase,” says Perry.

But these days, it’s becoming more common for couples to operate as solitary units, moving further away from a larger familial network, and staying in touch on their own terms. “If couples can be independent and flexible, not beholden to in-laws and extended families, they can pick and choose when they ask for help, [then] the window of opportunity for conflict is smaller,” says Perry.

So where does that leave us? These days, it’s certainly possible that some of the foundational areas of conflict with in-laws might be reduced, due to the different ways we live today. But the stereotypes do contain a grain of truth, as there are inherent aspects of these relationships that could serve to make them fraught. Usually, though, they aren’t as extreme as the ones we see on television.

Moreover, people go through countless changes through in life, and there are just as many opportunities to reframe in-law relationships – even during the holidays. After all, you have one irrefutable attachment in common. As Daly points out, people related by marriage often derive solidarity from the fact they care deeply about the wellbeing of the same person.

According to Spotify, Wrapped 2022 will also feature messages from artists to their listeners, and because sharing is caring, users will be able to ...
Trending
2 months ago

Hamisa Mobetto claps back at trolls questioning her son's paternity

Hamisa has said just because some women do not know who fathered their kids does not mean that she does not know her son's dad.
Trending
2 months ago
na BBC
Latest
01 December 2022 - 10:03