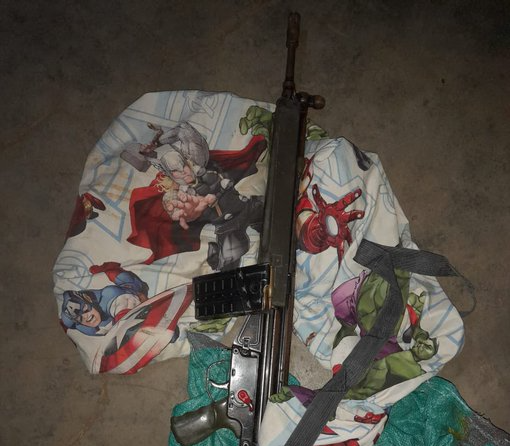 In the Rabuor area of Kisumu County, police officers recovered a G3 rifle loaded with a magazine holding 20 rounds on Tuesday.

This was after the team received an intelligence report and proceeded to the location, where they found the gun buried in the compound.

Police said the recovered rifle was one of the firearms that was stolen from Kipasi Patrol Base in Mbita, Homabay County.

"We appreciate members of the public for their support and urge them to continue providing information for the enhancement of safety and security," NPS said.

On November 16, an unknown number of suspected thugs broke into the  Kipasi base's armoury and stole three G-3 riffles, one AK-47 assault rifle and 110 rounds of ammunition.

The said thieves however dropped two of the rifles on the way as they escaped.

The weapons were recovered on Thursday by a search team

The EACC has confirmed the arrest of a man posing as the agency's investigator and extorting individuals he purports to be investigating.
Latest
2 months ago
na SHARON MWENDE
Latest
01 December 2022 - 07:47