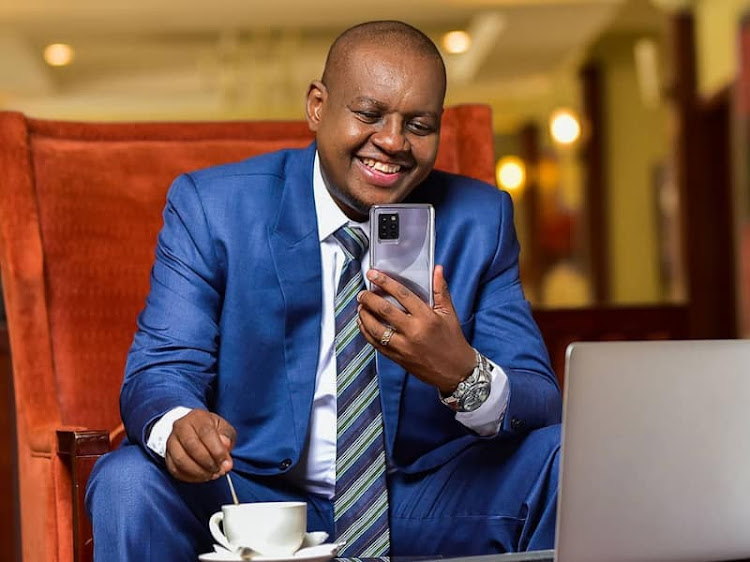 Tanzanian rapper Professor Jay posted an Instagram story for the first time since January and fans were excited.

The rapper has been on the low key since he was reported to have been put in the ICU mid this year.

Jay shared a photo of himself and his wife at a red carpet.

The family's spokesperson Black Chatta says that the Instagram story was posted by mistake.

(He's using all his phones and he's able to get into social media, he sees everything but not posting yet. He is allowed to use the phone only to look at things. That photo is a throwback, he posted it by mistake when perusing social media. He is well and we thank God)

He then confirmed that the rapper was discharged from hospital and is now recuperating at home.

(Lets not worry, like we used to before, right now he's at home doing his exercises)

The Tanzanian ministry of health had announced to cater for all the medical expenses for legendary rapper.

The family's spokesperson had warned the public against spreading false information that the rapper was dead.

It is a lie. He is not dead. Let us stop saying things that are not true.”

At one point, a clip showing the rapper dancing at a party went viral. The family asked people to ignore it as it was taken years ago.

"I urge people to ignore that video as it is not a current video. It was taken in the past. It is just someone who decided to take it and post it on social media with their own intentions. Maybe that person wanted to catch people's attention," said the family spokesman

"That clip is bringing confusion in fans, I insist it is not a current clip, it is a very old clip."

He added that the news on anything concerning Prof Jay will only come from one source and that is the family "We as the family spokespeople will be the ones to give fans any news concerning him, anything from any other people should be ignore," he insisted.