The gospel minister had promised an album early this year after years of silence in the music industry.

"I am releasing my album before the year ends and as I promised, it is 100 percent done." 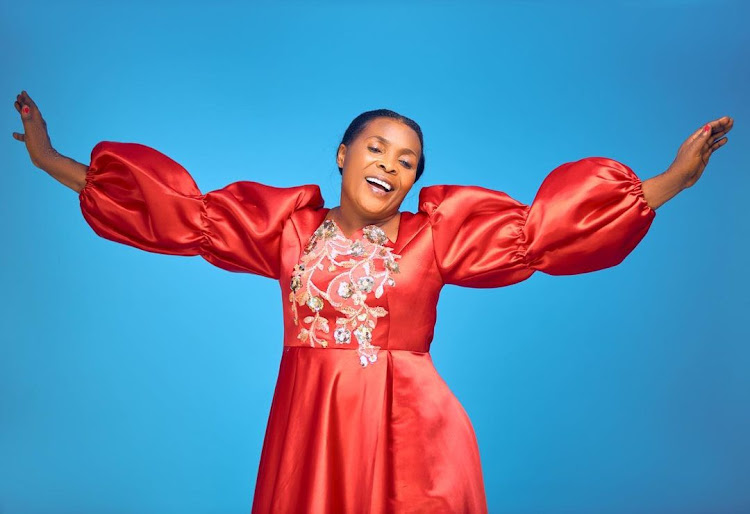 Muhando is also set to have her USA tour,

"America am here around, Let’s Praise Lord together, Shortly I will give you my schedule soon," she wrote.

Muhando recently narrated how she was disinherited after her step-dad died. To date she does not know nor has she ever met her biological dad.

She is the last born in a family of six.

In an interview with Lilian Mwashe, Muhando said,

"When my dad died, some family members called for me and told me he wasn't my real father. I was hurt, I cried."

Muhando said she was told this so she could not be part of her father's inheritance.

"My elder brother sold the house, so me and my mother had to leave. The first time, we slept under a tree. My mother was told never to go back.

A friend of my mother's helped us build a kibanda. To date, I don't know my real father."

Muhando likened her fighting spirit to that of David.

Before her mother's death, the 'Nibebe' hit maker was introduced to a man who beat and tortured her.

She says the injury on her hands are as a result of torture.

"He was to treat me like his daughter. He would force me to do things that I didn't want and when I refused, he'd beat me.

When I recorded a song, he'd asked for a certain account of money and if I didn't give him, he'd start to physically violate me." she said.

Muhando recalled when she almost got killed by the man.

"I told God to receive me if this man was going to kill me for refusing to commit a sin."

Muhando said it took an old man's help, who shouted for help.

"He (assaulter) was a member of the church. At the time, he knew a lot of police officers and if I reported, I wouldn't get help. I had trusted him because he was from the church and the head of the church."