Everything you need to know about Stivo Simple Boy

He is the last born of eight children 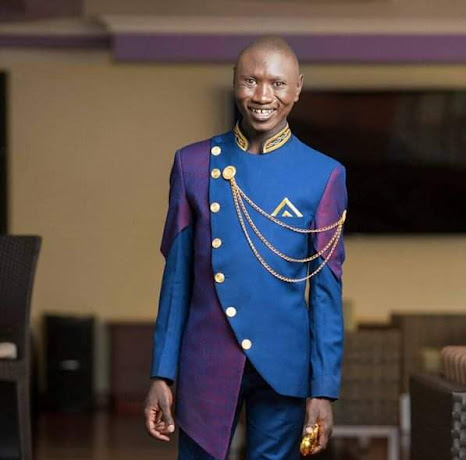 He is no longer clout-chasing as he used to.

Here are things to know about him

2. He was born in Oyugi's, moved to Kibera, and moved out again after fame.

3. He is the last born of eight children.

4. His dad is a welder, who struggled to put food on the table.

5. Stivo Simple Boy worked as a mjengo guy. He did this to supplement the family income when his dad struggled.

6. He did not go to secondary school as raising the fees was a problem for his dad who at times was out of work.

8. He credits comedian Chipukeezy with pushing his music to TV and radio, after a chance interview.

9. 2019 was his defining year as an upcoming musician.

11. He doesn't mind his songs being played in clubs.

He argues that the music he has been releasing all through is gospel music. He said that he has no problem if his music is played in clubs.

"I have no problem with my music being played in the clubs, Jesus Christ came to save the sinners and so that's the plan."

12. He now has a new girlfriend after his 'PR' marriage to Gee, the Taita lady he proposed to. His new girlfriend will be his wife. "ako freshi ametulia tuu, anaitwa Grace Atieno. I met her kitambo, like 3 years ago,"

Over the weekend, all roads led to Karasani Stadium for one-of-a-kind crusades that brought together over 50 thousand Kenyans from different parts of ...
Latest
2 months ago

Abubakr Abbass aka Metro Man's family has disclosed how their son was able to land a job in Qatar.
Trending
2 months ago
na Maureen Waruinge
Latest
29 November 2022 - 08:42