Harmonize is the only artiste from Tanzania performing at the concert. 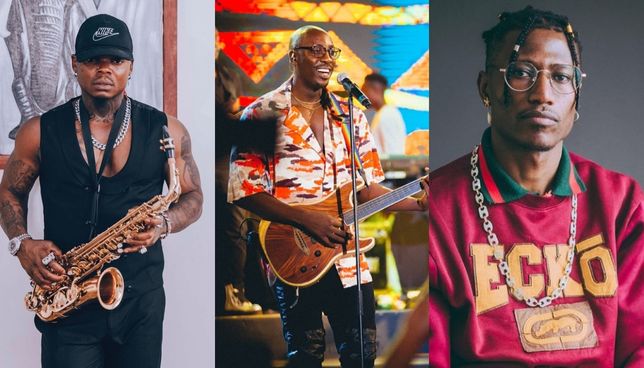 Sauti Sl are gearing up for the second edition of their annual Festival dubbed Sol Fest, scheduled to go down on December 17th, 2022.

In line with the upcoming concert, Sauti Sol in conjunction with their record label Sol Generation has been sharing updates of the said festival – informing fans on their preparedness to entertain.

Information shared via the Sol Fest handle, details the names of artistes and DJs who will entertain partygoers at The Fox Drive Inn along the Thika Super Highway from as early as 12 PM till late.

Those scheduled to perform at the Festival include Tanzania’s Harmonize, rapper Octopizzo and the new kids on the block - Buruklyn boyz.

The following DJs have also been lineup to perform at Sol Fest;

Sauti Sol is a Kenyan band formed in Nairobi, Kenya, by vocalists Bien-Aimé Baraza, Willis Chimano, and Savara Mudigi in 2005.

Last year, the following artistes performed at the first edition of Sol Fest; The Only Rosa, Maandy Kabaya, Wakadinali, Femi One, Chris Kiga, Bensoul, Nviiri the Storyteller, and Sauti Sol.

Socialite Hamisa Mobetto has responded to claims that she uses charms to keep a man in a relationship with her.
Latest
1 week ago

Azziad Nasenya's response over claims she bought her Diploma

Kenyan TikToker and media personality Azziad Nasenya, has called out haters claiming she did not graduate.
Latest
4 days ago

Lupita raises eyebrows with viral photos of her 'big' Nyash

Lupita Nyong'o is trending online and the reason for that will make you smile. Yep, curious Kenyans online have noticed that she has a fuller look, ...
Latest
4 days ago