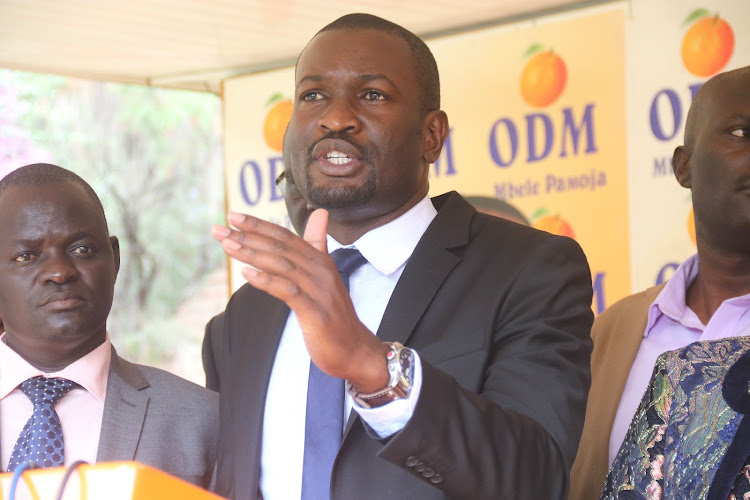 There is a video on Nairobi Woman's Rep Esther Passari's TikTok that is fast gaining likes from KOT. Mike Sonko is among those netizens reacting to it.

His comment has elicited debate amongst Kenyans after he made a cheeky comment about Nairobi Senator, Edwin Sifuna.

In the video, one can see Sifuna and Passaris at a 360 photoshoot booth((a 360 cam is a camera that orbits around eventgoers and films a 360-degree slow-motion video)) enjoying it as it goes round and round.

As it rotates, Passaris and Sifuna dance away while it captures the poses they are making. Check out the video below;

Sonko noted some interesting things from the video and decided to comment on it, naughtily writing; "Asalalaaaa Senator amebeba beba."

Below are some comments from Kenyans to Mike Sonko about his thought process.

The video was taken four days ago with Passaris explaining what the photoshoot was all about, saying;

The song in the video makes Sifuna really excited and hums along to it while posing. The tall, dark-skinned senator has good moves leaving women captivated.

ellah_daudi....My eyes please you will not take me to hell.

Sifuna himself has only shared a different version of the event.

Azimio leader Raila Odinga has  clarified  his recent stand on GMOs that has elicited sharp debate among Kenyans.
Latest
1 week ago

Politician Raila Odinga has said he will fly to Qatar if African teams make it to the final. Raila said he wishes that the teams go up to the final ...
Latest
1 week ago
na Maureen Waruinge
Latest
24 November 2022 - 17:50