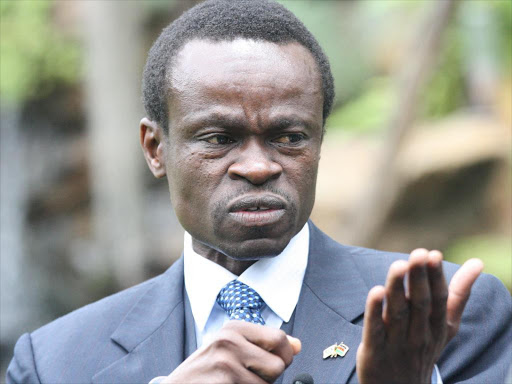 "The hacker logged and changed the access for the business account and replaced three of my social media administrators and proceeded to add 15 other administrators from different parts of the world," Lumumba states in the letter.

He adds that the Facebook account is now being operated in different languages and is running adverts.

The lawyer said he settled on writing to Zuckerberg as a last resort after Facebook administrators in South Africa where he first reported the matter were uncooperative.

Lumumba said the report was made on Tuesday and a call was scheduled but Facebook's South African team never honoured the call as agreed.

In the foregoing, he asked Zuckerberg to implement three interventions on the account.

Instruct his team to urgently retrieve his page and reinstate his authentic admins and have the email address changed to his personal email address and his approved administrators granted access to the same.

"Remove all other 15 administrators that have been added by the hacker on the Facebook page and business account," Lumumba said.

"I look forward to your speedy resolution of the matter."

Meanwhile, the lawyer widely known for his eloquence, advised his followers to avoid responding to any communication posted on the account until he advises otherwise.

He specifically advised them to avoid clicking on any links on the page, seeming to avert the risk of their own pages being hacked.

One of the most popular athletes on the planet, Ronaldo reached the milestone on Monday.
Latest
6 days ago

August Alsina, the young man mentioned by Jada Pinkett as the person she had an extramarital affair with is trending online.
Latest
6 days ago
Latest
24 November 2022 - 18:47