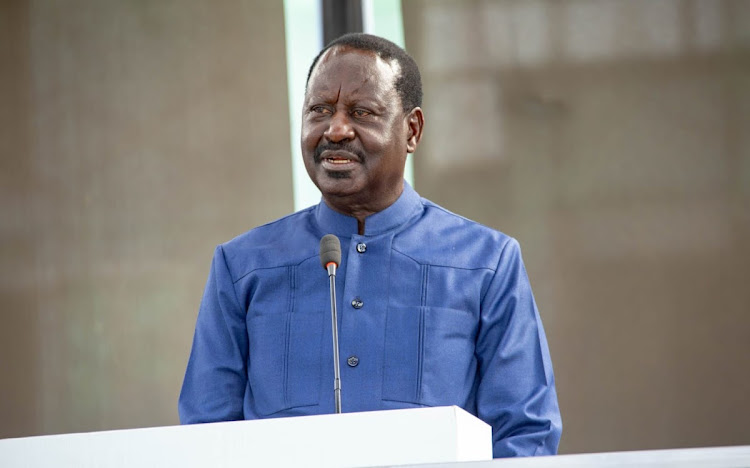 Politician Raila Odinga has said he will fly to Qatar if African teams make it to the final. Raila said he wishes that the teams go up to the final level.

He gave his blessing to the teams ahead of the World Cup tournament.

" I must begin by saying we are supporting the African teams and we hope and wish that this time our teams go beyond group of 16, to group of 8 then semi-finals," he said.

"May the best team win, but as you know Africa has got five teams, Ghana, Cameroon, Senegal, Morocco and Tunisia. These are all African teams and for the first time we really want to see an African team in the finals."

He said he has high expectations for the teams and it's time to show that they have the capability.

"The continent is very expectant, we want to show that African soccer has come of age that they can beat the world," he said.

The Fifa World Cup in Qatar will finally get underway on Sunday.

Raila Odinga the ODM Party leader now wants Trade and Industrialization CS Moses Kuria to apologise over remarks he made on Genetically Modified ...
Latest
1 week ago