Friends say Nafatali Kinuthia (the killer) had stalked her for a year after failed attempts to date her.

Residents of Makongeni Phase 10 Estate in Thika town are mourning Ivy Wangechi, a quiet, respectful and disciplined neighbour who was brutally murdered on Tuesday.

They are yet to come to terms with the death of the final year student at the School Health Sciences at Moi University, Eldoret. 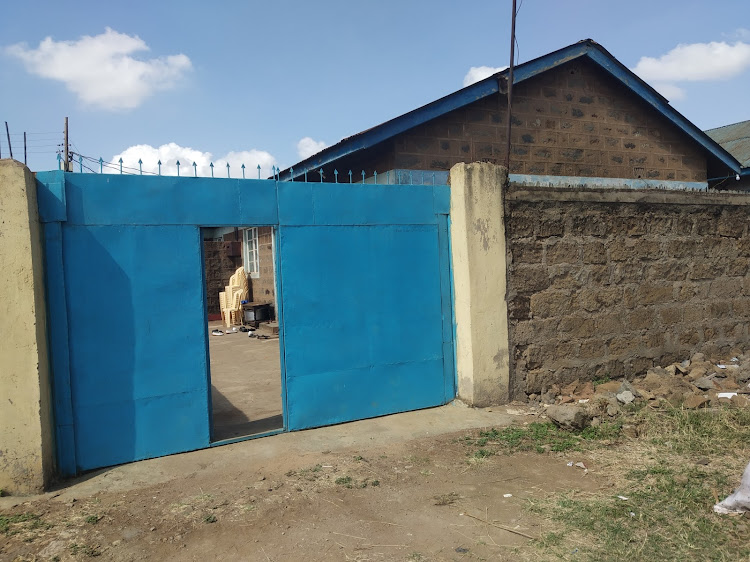 They were eagerly waiting for Wangechi’s graduation in December. “We had planned how we’d receive her during the ceremony and even had a surprise for her. We are now in pain that her life has been cut short,” a resident who sought anonymity said.

She has known Wangechi for many years. They worshipped together at the Presbyterian Church of East Africa church in Makongeni. “Whenever she was at home she never missed Sunday service. She was a very good friend of mine.”

A kiosk operator near Wangechi’s home sobbed uncontrollably as she recalled the moments she had with the young girl. To her, Wangeci was “a blissful and respectful neighbour and customer”.

“We are saddened by the incident that was perpetrated by a man who couldn’t accept a No for an answer. Ivy was a promising young lady full of life and we expected a lot from her as a community,” she said.

The neighbour said the Phase 10 Estate community had been boasting that they would soon have a qualified doctor whom they would always consult.

Estate chairman Justus Muthiani said Wangechi has been relating well with other residents and that she had never been in an altercation with anyone.

Muthiani termed as false and “junk the information that is being peddled and circulated in social media platforms regarding Wangechi”.

He said it’s untrue she was in a relationship with the killer identified as Naftali Kinuthia. “People should desist from smearing the name of our beloved girl on social media. She was a disciplined lady and all the allegations levelled against her are false.”

The chairman denied that Kinuthia lived in the same area as his victim. He is not known in the estate, he said, adding, “We’ve only heard reports indicating that he hailed from Thika. We don’t know him and have never seen him here.”

The chairman called on the youth to engage their parents or community elders in settling their differences.

One of the residents claimed that Kinuthia was in the estate two weeks ago. “When I saw his photos online I remembered I saw him prowling here like two weeks ago. I believe he is the one,” she said.

According to Wangechi’s friends, Kinuthia had made persistent moves to win her love. “He has been stalking her for one year” until Tuesday when he waylaid her at Moi Teaching and Referral Hospital in Eldoret and struck her with an axe, killing her on the spot.

From Sharon Otieno to Ivy Wangechi: 2019, a difficult year for Kenyan...