Celebrated gospel DJ  Soxxy opened up about the struggle they went through as a couple to conceive, due to his wife’s medical history with PCOS (Polycystic Ovarian Syndrome) .

Born Jackson Kamau but known to many as Soxxy, the gospel DJ has been married to Anne Kamau for the last 6 years and together they have two kids. The couple who got married in June 2014, had their life planned out but what they did not know is that GOD had other plans for them.

“Like any relationship, it has not been easy. I remember when we were getting to know each other, she confided in me that she may never be able to have children because of a condition she had, called PCOS (Polycystic Ovarian Syndrome). At that point, I didn’t even consider what she had just told me because having children or not was not a big deal to me and at that point I hadn’t thought she was going to be my wife. Perhaps it was love that was clouding my judgement, because after all, they say love makes you do and say very foolish things.”

‘If I’m destined to die on a certain day, nothing can change that’ Says DPP Noordin Haji as he confesses on being sent threats by Al Shabaab

In the beginning of the young marriage, the couple had decided to delay getting kids so that they could at least enjoy each others company. That did not bother DJ Soxxy, but it did bother his wife. He says

“Once in a while she would hint that we should start trying for a child but I would be adamant because we had agreed on how long we will wait. Slowly Anne began to get depressed and the roughest season in our marriage began.”

“I gave in and we started trying for a baby. In that season I realized why people say “mtoto ni zawadi kutoka kwa Mungu.” (Children are a gift from God). We always assume that it’s the contraceptive that allows you or keeps you from not being able to conceive but alas, I came to realize that conception is one of those things only God, the Giver of life, can do.”

Days passed, weeks, months, years yet nothing. All this time Soxxy’s wife was on constant medical attention, moving from one drug to another and yet none of the interventions were working.

The frustrations, helplessness began causing a rift in their young marriage because Anne felt like he was not supporting her enough.

“I did not know what else to do, considering I always accompanied her to her doctor’s appointments, listened to her when she needed to vent and gave her a shoulder to cry on.”

Jacque Maribe’s friends are nowhere to be seen despite her arrest and here is what Classic 105’s fans think about it:Audio 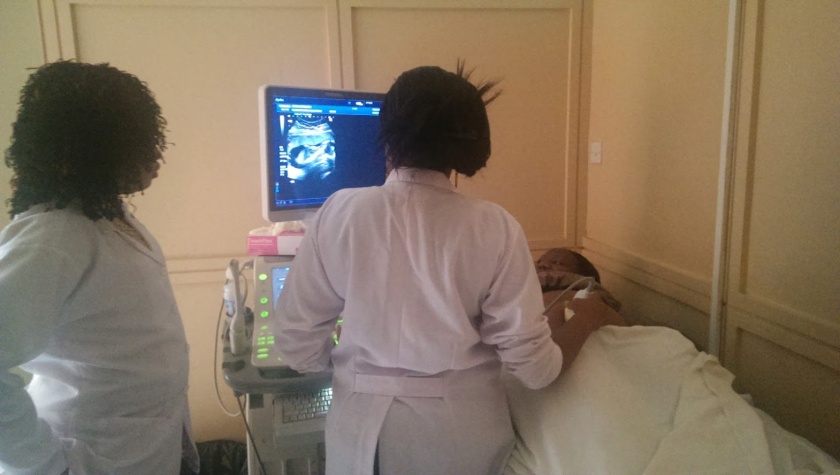 Their  house became a warehouse for pregnancy test kits because apparently his wife felt kits sold locally were substandard and sent a friend in the UK to buy her dozens of pregnancy kits.

On the issue of PCOS DJ Soxxy says,

“The problem with the PCOS condition is that the hormones lie to the body that it is pregnant, hence at times when my wife would do the home test, the kit would show that she is pregnant only for her hopes to be shattered when she goes to the gynaecologist and she is told there was nothing.”

“At one point, I began wondering if perhaps I was the one who had a problem (not a very common thought among our species). You know we always laugh about the phrase “shooting blanks” but at that point this had stopped being a laughing matter. I started researching about it and looking around to find out if there was any man in my circles who had ever gone for a fertility procedure and what it entailed.”

He adds that with time [email protected] which was supposed to be enjoyed turned into a dread session given that he started feeling inadequate.DJ Soxxy says

“I started feeling like an “insufficient” sperm donor. The doctors advise did not help me much as he recommended that we have sex on a schedule. Trust me even though this may have meant more sex it wasn’t as good as it sounds. Woe unto me if I came home late or dared to say I was tired! That would be cause for us to fight for the rest of the month and yes still perform my “rightful duty” nonetheless. She even started doing weird things like keeping her legs up for like 30 minutes after a session to assist the “boys” swim deeper. (There are things we men will never understand 🙂).”

Trouble conceiving affected the couple so much to the extent of them avoiding social gatherings or even the church to avoid uninvited questions.

“My wife didn’t want people asking her why we were ‘keeping them’ and not getting babies. Anytime someone jokingly commented “Mumetuweka sana, mnangojea nini?” (Why are you keeping us waiting), I knew that was the end of that day and the week ahead would be hell.”

This went on for months. More tears, more pregnancy tests, more doctors’ visits until the doctor finally made the call and told them, ”I have done everything possible as a doctor to help you guys conceive and now we need to look at other alternatives.

He gave  two options; we try IVF (In Vitro Fertilization- an assisted reproductive technology of fertilization by extracting eggs, retrieving a sperm sample, and then manually combining an egg and sperm in a laboratory dish) or surgery both of which were still not 100% guarantee.”

This was the last nail on the coffin and all their hopes of ever getting children started dimming. The couple started considering adoption as they continued their  research on the pros and cons of the surgery which they had hoped would have given them better chances to conceive.
Later the couple agreed to try out the procedure and DJ Soxxy also decided to go for a fertility test before wife wife went for surgery just to be sure that he was not the one with the problem.

“At this point Anne and I had given up on ever having children of our own and all we could do is pray and wait. I remember coming home from work in December only to find 3 pregnancy kits on our bed all indicating positive – I would know! I had become somewhat an expert pregnancy kit reader. I asked whose pregnancy kits they were as if they could have been someone else’s.”

Even with the evidence of the three kits, the couple refrained from getting too excited to avoid dashed hopes. The couple decided to give it sometime before visiting a gynaecologist.

We were pregnant! The doctor was possibly more excited about the good news than we were. What a journey!  “People often lightly say that the final report is not the doctors, but God’s.” For us these words will remain very dear for ages to come.

The couple is now blessed with two kids Eliana Wairimu whom they consider a miracle baby and Ethan Wambage.

He is a proud father and a true manifestation that miracles indeed do happen.