Freaky! Spider Web Season is an actual thing in this country

It is not snow but rather the spider season in Australia.

Just like how there are seasons like summer, winter and spring, there is also the spider web season in Australia.

In Australia there are parts of the country that experience all these seasons including the spider web season.

This mostly happen during the warm weather and if you do not know much about spiders, at-least know that they are inclusive of garden spiders which are not necessarily harmful.

Then there are the poisonous spiders that can even lead to body paralysis.

Well here are some of the photos that are of the different seasons including the summer, winter and spider web season.

Maina and Kingangi speak about men who are serial cheaters

This season first affected the country in 2012 where according to reports it rained spiders.

So if you are wondering, this is not snow but spider webs

If you are afraid of spiders, then visiting some parts of Australia during the spider web seasons should not be in your bucket list.

However, according to reports, the spiders are known as baby spiders and are said to not cause any harm or danger. 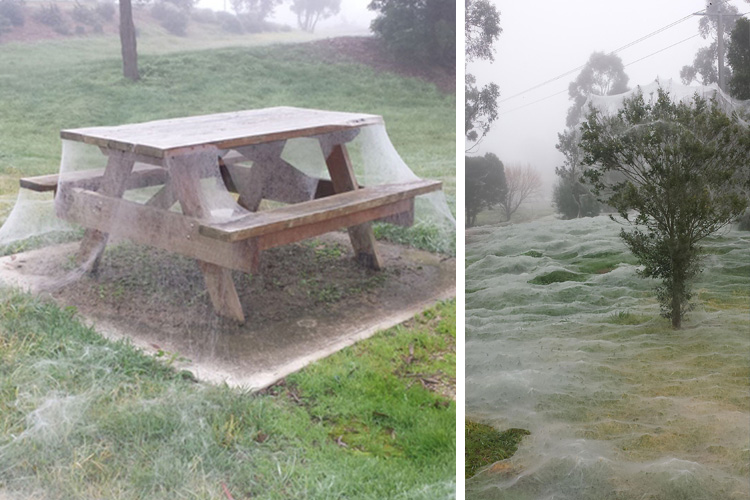 Prominent Kenyans who have escaped death by a whisker – List

5 career lessons everyone should know about the job market

Ladies: Here are styles that can hide that broken hair line
[fbcomments data-width="100%"]
This Week's Winners