The couple recently had barbed wire installed around the property and are also said to have improved motion and light detectors fitted.

As an extra precaution, the family also now have a new German shepherd guard dog named Logan who has been patrolling the property with a handler. 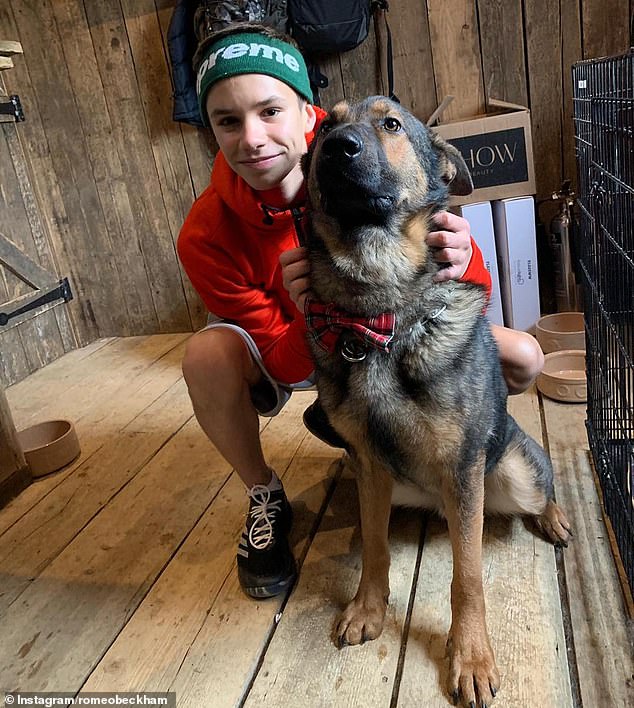 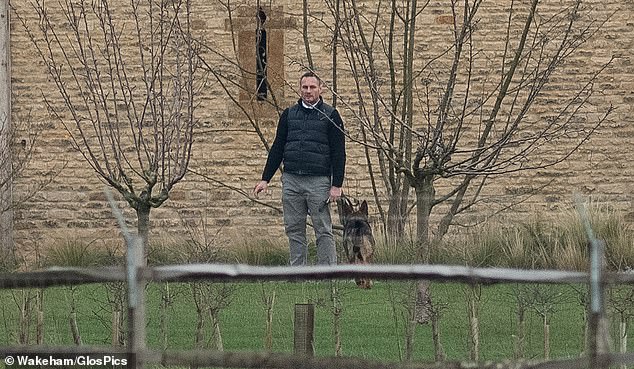 David, 43, and Victoria, 44, often spend weekends and other down time at the £6 million property and want to make sure it is protected from any further security threats.

MailOnline has contacted representatives for the couple for comment.

Their son Romeo, 16, recently shared a snap of himself at the family’s country home with their new dog.

He wrote: ‘Merry Christmas from me and Logan.’

The pair were not home when a man was chased off by seven security guards and two attack dogs in the early hours of November 14.

David, 43, and Victoria, 44, were left shaken after the second threat to their countryside retreat in the space of a month, reports The Sun.

The last attempted-break in happened on October 19 when the couple were travelling to Australia.

Both crimes are believed to be the work of a gang who appear to be targeting their luxury home when the couple are away.

A source told the newspaper: ‘Luckily they had laid on extra security after the last incident — including several staff and dogs — who were able to protect the property.

‘Otherwise this could have had a very different outcome. They are re-evaluating their security again and will bring in more if they need to.’

A spokesman for Thames Valley Police confirmed they were called to reports of a ‘man behaving suspiciously’ near the property at 6.15am and were investigating. No arrests were made.

Officers were last scrambled to the Beckhams’ home four weeks ago after their 24 hour security surveillance team noticed a balaclava-clad gang of men on the property’s CCTV.

They were spotted by neighbours, who ran after them before they could get any closer.

David and Victoria are understood to have been on their way to Australia with son Romeo, 16, Cruz, 13, and Harper, 7, when the attempted break-in happened.

It has now been revealed the mother-of-four was terrified over how close the gang came to getting inside her home.

David Beckham admits his marriage to Victoria is ‘complicated’ at times