Uganda’s celebrated musician Jose Chameleone is a lucky man not only because he is the best in whatever he does but because he celebrates 10 years in marriage .

Chameleone is married to the love of his life Daniella Atim  with whom they have five children, Abba Marcus Mayanja, Alfa Joseph Mayanja, Alba Shyne Mayanja, Amma Mayanja and Princess Xara. His first born son Abba, who is 14yrs, is already a recording musician.

Daniella took to Instagram to celebrate the man in her life and the father of her children, professing her undying love for him 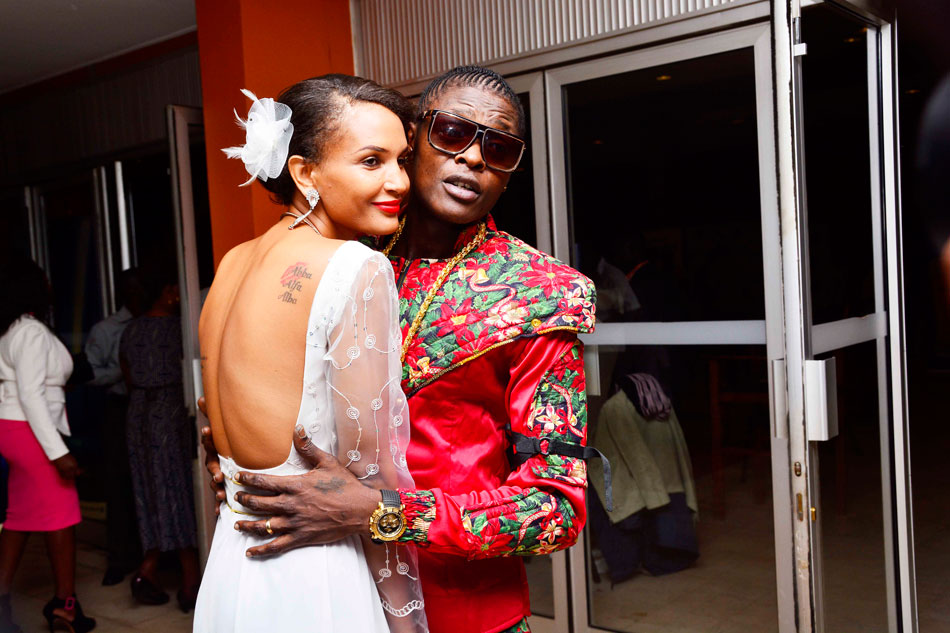 15years of love and 10 years of holy matrimony.nothing compares to our journey,we have seen it all.countless times I have failed but you always gracefully helped me back …As for marrying me a second time…I say YES again ❤️❤️❤️❤️

Kenyan celebrities who recently celebrated their anniversary include Janet Mbugua who marked 3 years in marriage to her husband Eddie Ndichu.

In her message to her celebrity husband Daniella Atim portrays her husband as a supportive husband something that many marriages lack nowadays leading to high rates of  divorce and illicit affairs. Chameleone is a proud father and one of his sons has followed in his steps and ventured into music.

‘I want to remarry you love’ Jose Chameleone declares to wife on...