Beyonce recently set fan’s tongues wagging that she is expecting her fourth child with husband Jay-Z, due to her outfit during their On The Run II tour.

And Beyoncé and Jay Z took a break amid the speculation and relaxed on a luxurious yacht off the Amalfi Coast in Italy, with their eldest Blue Ivy, 6, on Friday.

The couple have been wowing crowds with their world tour, causing fans to praise the songstress for continuing to perform if she is pregnant. 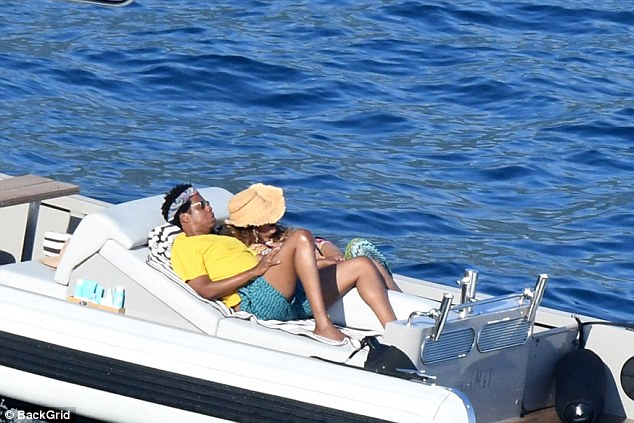 They are currently enjoying a breather from their tour, before starting the American leg next week, which they will continue until October.

Beyoncé and her beau relaxed in style on the stunning boat, taking time to lounge on the sun deck and document their trip with some snaps.

However their daughter managed to keep them busy as she offered a beach ball, no doubt to play some games aboard the vessel. 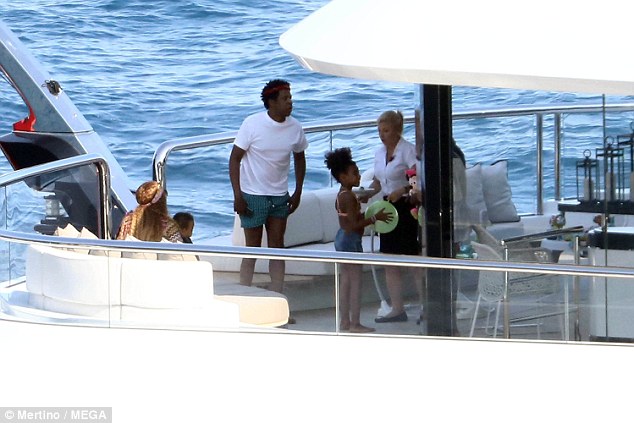 The If I Were A Boy hitmaker shaded her face from the rays in a floppy straw hat, which she teamed with colourful cover-up and a pair of thigh-skimming denim shorts.

The couple seemed in good spirits on the outing, amid claims they are expecting their fourth child together – rumours that were only accelerated when Beyonce took to the stage in Paris on Sunday clad in a skintight bodysuit.

She looked sensational as she wowed fans with another energetic performance, yet fans were convinced that she is expecting her fourth child with husband Jay-Z.

The most nominated woman in Grammy Award history gave birth to twins Rumi and Sir in June last year, and is also mother to daughter Blue Ivy, six.

Giving it her all for her performance in Paris, the Love On Top hitmaker dazzled in a figure-hugging white bodysuit that she teamed with denim hot pants and a colourful sequinned jacket.

Sharing clips of her performance on Twitter, fans weren’t bothered by the performance, however, but discussing whether or not she is pregnant again

While already parents to Blue, six, and their one-year-old twins, the Beyhive has been quick to note that Beyoncé and Jay Z have quite an affinity for the number four.

Beyonce was born on September 4 while Jay Z (real name Shawn Carter) has a birthday on December 4. The couple were married on April 4, 2008.

PHOTO: Beyonce blew Sh1million in a designer gown for her wedding vow...

What is money? List of the best paid artistes in 2018
[fbcomments data-width="100%"]
This Week's Winners